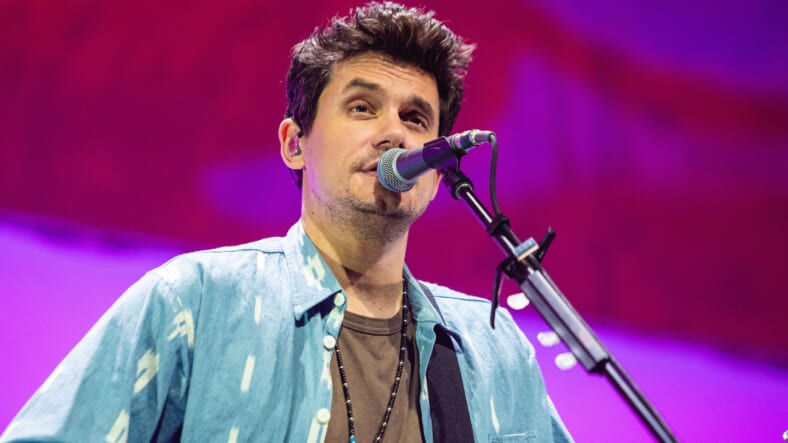 Everyone staying at home all the time to avoid catching the novel coronavirus has given celebrities opportunities to create content they might otherwise never bother with, and John Mayer‘s perfectly-executed parody song lampooning a tone-deaf Instagram post by billionaire David Geffen is an excellent example.

Mayer is one of the funnier celebs who doesn’t actually do comedy and he’s been doing a Sunday Instagram live show he first titled Current Mood. He recently retitled it The Gentle Hours and Brobible describes it well, noting that it is “inspired by the time of day when the world seems to wind down for the evening; when the news cycle doesn’t smack you in the head with another depressing blow for the day.”

Mayer introduced “Drone Shot of My Yacht” about 14 minutes into the 40-plus minute show, (you can watch the full-length episode above).

The song—”Drone shot of my yacht, it’s all I got, I’m all alone on the water”—is making fun of billionaire David Geffen, who in what he felt was an effort to encourage social distancing posted pics on social media of his massive yacht, stating that he was hiding out in the Grenadines.

Instead, Geffen received tremendous blowback in the form of an avalanche of criticism from people who felt he was flaunting a massive amount of privilege at a time when many people are struggling with coronavirus-related job loss as well as the terrifying possibility of catching the most severe form of the bug.

Geffen’s Caribbean excursion is the latest revelation of how the crisis is affecting people unequally across the globe. While the world’s wealthy have fled to vacation homes, specially made bunkers or floating palaces, rank-and-file workers from nurses to supermarket cashiers have been left juggling childcare and risking infection working jobs deemed essential.

Geffen eventually had to make his Instagram private due to the backlash.

The thing about Mayer’s snarky song, which he says came to him immediately, is it’s actually a pretty nice little groove.

Maybe he’ll put out a longer version everyone can chill to when enjoying photos of the beach and breakfast margaritas while still sheltering in place this summer.