This is how you do it. 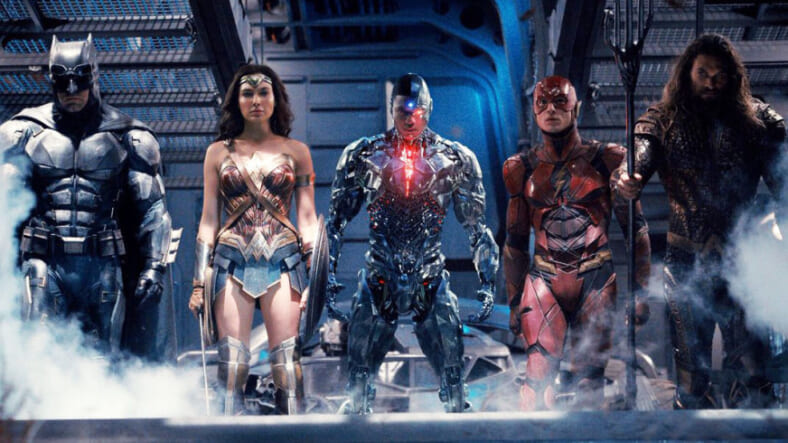 When you’re a kid and imagine being a superhero—or even playing one in a movie—it sounds awesome. But no one tells you just what actors have to do now to actually pull off a look originally created by comic book artists.

The actors from Justice League talked to E! about several things including the workouts they did to get shredded enough to convincingly play their roles. As much as actors get paid, it really does seem like they damn sure earned those checks when you get a look at the work they did. Just one example: Jason Momoa (Aquaman), doing pull-ups with an extra 88 lbs between his legs.

Weighted pull-ups absolutely blast your back, and it’s obvious Momoa’s work has paid off.

Who Cares, Wins. / / #Repost @prideofgypsies with @repostapp ・・・ insane sessions Pushed to my limits and then there's always more Mahalo @wfmft for pushing me Getting ready Bleed for your art

As Men’s Health reports, none of them sculpted their outsized looks in a vacuum. They worked with several trainers, probably one for each body part, for all we know.

Mark Twight was part of the training team, and he made it a point to Instagram some of the actors’ hardest moments, such as Cyborg actor Ray Fisher doing, well, something pretty intense.

The Man, the Machine!

Whatever Fisher was up to, it’s obvious from another photo on Twight’s Insta that the guy was seriously ripped for his role as the half-man, half-machine superhero.

Show up. Pay attention. Do the work. Keep the goal in sight. Be cool. Above all, be cool. 24/7. / / #Repost @rehsifyar with @repostapp ・・・ Half-Man, Half-Machine… #BORGLIFE #JusticeLeague

So where do you begin to even try and achieve a look like Cyborg or Aquaman?

Twight also believes form and “a culture of physicality” are incredibly important. And when you’re playing someone with the power to fly and knock down buildings and shit, it’s obvious he’s got a point.

Get a look at the results of Momoa’s and Fisher’s hard work when Justice League premieres nationwide on Nov. 17.