Which heroes would come out on top? 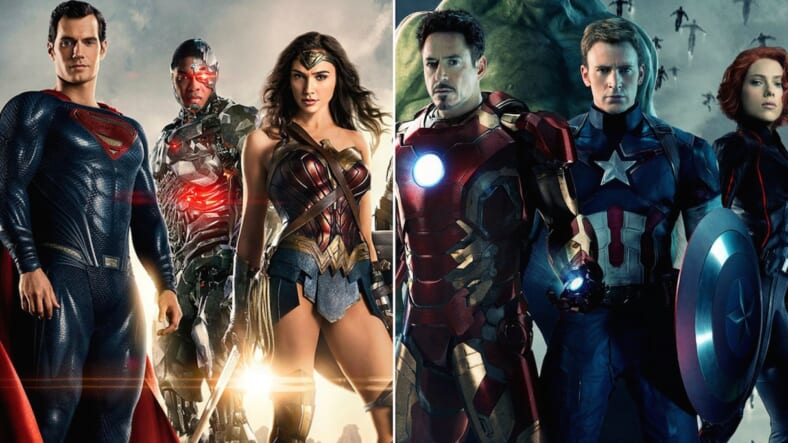 With the exception of Wonder Woman, recent DC movies have yet to gain the same critical cachet of their counterparts from Marvel (think Spider-Man: Homecoming or Deadpool).

Perhaps a way of leveling the playing field would be to have a Marvel/DC crossover, which is precisely what the stars of DC’s Justice League franchise are hoping for.

In an interview with NewsAsia, Justice League actors Ben Affleck (Batman), Ray Fisher (Cyborg), Jason Momoa (Aquaman) and Henry Cavill (Superman) expressed their hopes for a blockbuster crossover movie…however unlikely that might be.

“I don’t own either company, but I think it would be great,” Affleck said.

“I would love to see some of these characters fight one another, that would be really awesome to see, but you also want to make sure that you maintain your own style and integrity,” Fisher added.

Cavill seemed excited about the prospect, but was a touch more cynical than the rest. He doesn’t think a crossover will come until “once stories start to run out or people feel like they’ve seen it all before.”

I mean… how badass would it be to see the Justice League battle it out with The Avengers?

Until then, we’ll have to settle for the league on its own. Catch Justice League when it hits theaters on November 17. And watch six new clips, below.