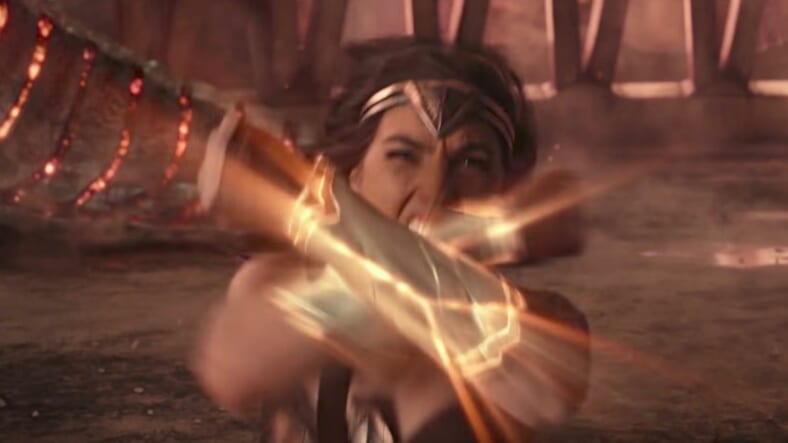 A new TV spot for Justice League has dropped online, and it’s packed with hidden gems.

Amber Heard makes her first appearance as Mera, the queen of Atlantis. It’s a blink-and-you’ll-miss-her sighting, but still the first time we’ve seen her since director Zack Snyder shared a snap of her from the DC movie’s set in Iceland.

Saw this hydrokinetic vision come out of the sea and snapped a photo with my Leica. pic.twitter.com/rwU54XzScK

Now we’ve seen what she can do. In the clip, Mera is shown controlling water to build a protective wall while battling off Steppenwolf.

The TV spot also has the usual appearances: Gal Gadot as Wonder Woman, Ben Affleck as Batman, Ezra Miller as The Flash, Jason Momoa as Aquaman and Ray Fisher as Cyborg, among others.

It also announces that tickets are already available on Fandango.com. Pick them up before Justice League hits theaters on November 17.