Keanu Reeves Used This Workout To Get Into Killer Shape for ‘John Wick: Chapter 3—Parabellum’

At 54 the actor gets it done with this high volume, low-impact routine. 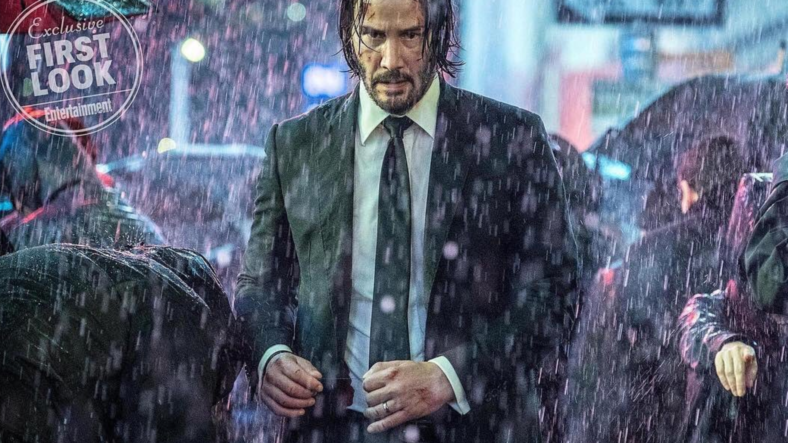 The older he gets, the more people are interested in just how the hell Keanu Reeves does it all. The John Wick star is 54. He looks like he’s still in his 30s and he does all his own stunt work—even though the fact he’s been injured many times is well-known.

Truth is, in this look at the workout Reeves used to get in shape for John Wick: Chapter 3—Parabellum, it’s obvious that even if the actor isn’t concerned about how much punishment his body takes, his L.A.-based trainer Patrick Murphy definitely is. Watch the video below to see how Murphy keeps the needs of an aging body in mind in developing this high-volume but low-impact workout routine.

Men’s Health spoke to Murphy for more details on the thinking behind this taxing workout.

“Playing that role is very hard on his body,” Murphy said in a call with Men’s Health discussing the John Wick workout regimen after shooting a video at HVY Industry. The key to the program was building up Reeves’ muscular endurance without overtaxing his body. Murphy’s philosophy is to create the safest environment for his clients with high-benefit, low-risk exercise programming. “He wasn’t lifting crazy heavy weights—it was getting his body moving, getting his muscular endurance and stability—it was just a mindset,” Murphy said. “He would leave the gym exhausted, but feeling great. Where his body got beat up was in all those scenes [filming the movie].“The program called for a high-volume routine with low-impact exercises and limited rest. “I would fit in, within the hour and a half, five to six circuits,” he said. “Just think of Keanu Reeves performing a thousand reps a workout, minimal rest, and it was just go time.”

If there’s a trick to understanding this routine so you can set aside any doubts about it dealing with lighter weights, it’s realizing it is constructed specifically to build muscle and stamina while minimizing joint stress—it could work for anyone of just about any age.

Per Men’s Health, here it is in writing:

Exercises are performed circuit-style, 20 reps each. Key point: rest as little as possible between sets, then rest for two minutes after an entire round. Go for 6 rounds.

Get moving, then go see how well this worked for Keanu Reeves when John Wick: Chapter 3—Parabellum hits theaters May 17.