“I took that personally.” 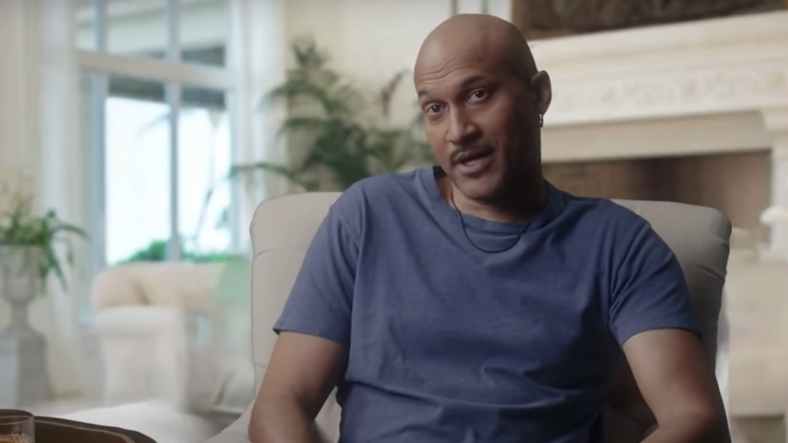 Since Key is so at home in sketch comedy it was a pretty seamless performance, but his best work wasn’t in the live portion of the show. It was in the digital short above, a parody of The Last Dance, ESPN’s epic documentary about the 1997-98 Chicago Bulls and their star player, Michael Jordan.

For anyone who watched Last Dance, it was particularly funny, as the sketch was framed as being extra footage portraying just how insanely, irrationally competitive Jordan could get — the kind of guy who gets mad about losing a quarter toss and explains his approach by saying, “If you’re not playing to win, why play?”

The footage was of Key as Jordan doing small-money coin toss bets with John Michael Wozniak, his head of security (Heidi Gardner). MJ lost round one and seemed to take it in stride until Wozniak did a comically exaggerated shrug about winning and Jordan’s expression changed.

The camera switched to Key as the older Jordan appeared in the doc, sitting in a huge living room with a tumbler of scotch at hand. Jordan said, “And I took that personally.” It was a direct nod to one of the many memes ribbing the real NBA superstar that appeared on social media when Last Dance came out in 2020.

If we took a shot every time Jordan said "it became personal with me," we'd die of alcohol poisoning #TheLastDance

"it became personal for me."

"It became personal with me…" I think this could be the tag line to Jordan's career #TheLastDance pic.twitter.com/qqa17qCX6j

It Became Personal To Me: The Michael Jordan Story

Of course, fellow hall-of-fame-worthy NBA stars Dennis Rodman (Chris Redd) and Charles Barkley (Kenan Thompson) showed up as well, with Rodman providing on-point commentary about how Jordan’s pathological competitiveness was just part of the game and Barkley throwing coins with Jordan to ultimately clean Gardner’s Wozniak out to a pitiful degree.

If Jordan hasn’t seen the digital short yet, he’s sure to take it personally, too.

Saturday Night Live concludes its 46th season on May 22, 2021. The scheduled host is Anya Taylor-Joy and Lil Nas X will be the musical guest.