“This is the lightest I’ve been since high school!” 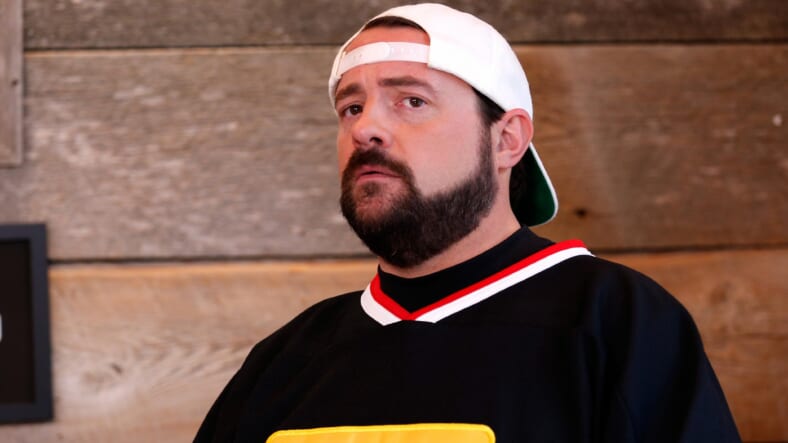 Just six months after Kevin Smith suffered a massive heart attack that nearly killed him, the 48-year-year old comedian is the healthiest he’s been since high school.

“When I went to my Doctor a week [after the heart attack], she told me “The best thing you can do for yourself now is to lose 50 pounds.” Half a year later, I can report that I followed Doctor’s orders: I started at 256 and now I weigh 205,” Smith captioned the jaw-dropping photo.

“This is the lightest I’ve been since high school!” he added.

The Weight Watchers ambassador also joked about eventually getting down to his “birth weight” of 195 pounds before crediting his daughter, actress Harley Quinn Smith, for helping him switch to a vegan diet.

“And I also wanna thank my kid @harleyquinnsmith – the little vegan astronaut who explored this meatless/milkless galaxy ahead of me, leading by example,” Smith wrote.

“Since I never wanted to see the inside of a hospital ever again, I simply copied the Kid. So this wasn’t a diet: these results came from a total lifestyle change of eating solely plant-based foods (which is tough because I hate vegetables).”

“Next time I gotta stare down a meal the old me would’ve inhaled, I’ll look at these two images of me out on control and me under control,” he wrote.

“It’ll help keep the cake on the plate instead of in my maw.”

It looks like Smith might have to rethink the title of his Fat Man on Batman podcast.