Send in the clowns—and the lawyers. 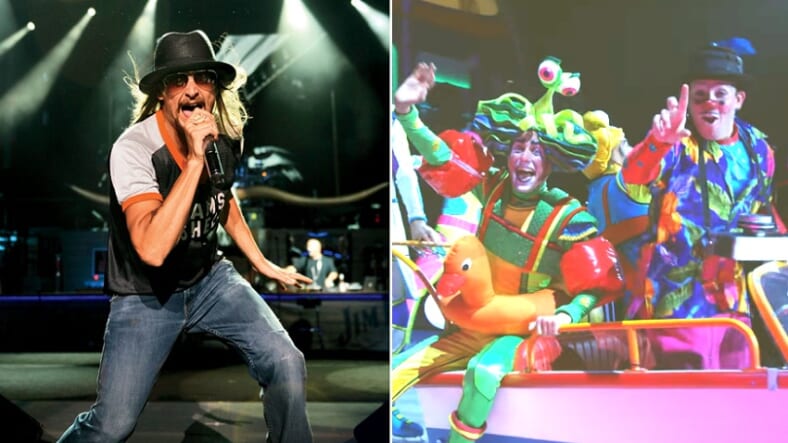 The Ringling Brothers and Barnum and Bailey Circus closed in May, 2017. The show being consigned to history doesn’t mean, however, that any random public figure can dub their own performance “the greatest show on Earth.”

Including the Detroit suburbs’ own Robert Ritchie, a.k.a. Kid Rock. That’s why—as Billboard reports—the company that owns the Barnum trademarks is suing him.

(…) Feld is suing both Kid Rock and Live Nation in Federal court in Florida, arguing that the singer did not ask permission when using the tagline to promote his 2018 “Greatest Show on Earth” arena tour, which begins January in Nashville. The lawsuit claims Kid Rock, whose real name is Robert James Ritchie, and Live Nation, are infringing upon and diluting the trademark owned by Feld Entertainment.

Whoa. The clowns are not down with this.

Feld tried to reach out to Rock and Live Nation before filing suit but received no response. If you’re wondering why a defunct circus wants to hang onto its motto, Feld CEO Kenneth Feld gave a statement to Billboard in which he said the trademark “has been an important part of Ringling Bros. for the past century, and it is recognized as a trusted and iconic brand of family-friendly entertainment.”

“The Greatest Show On Earth continues to live on,” continued Feld’s statement, “and will do so well into the future. We have no intention of surrendering the trademark or allowing it to be tarnished.”

There is a lot of shade in that final phrase.

We’ll have to wait and see how Rock and co. work this out. Maybe they could try something more original, like “Kid Rockin’ Across America.” Maybe we should stop with suggestions after that.

Whatever the case, we have a feeling Rock won’t want to get down in the mud with the clowns.