Though no longer homeless, Kylo is still pursuing the dark side of The Force 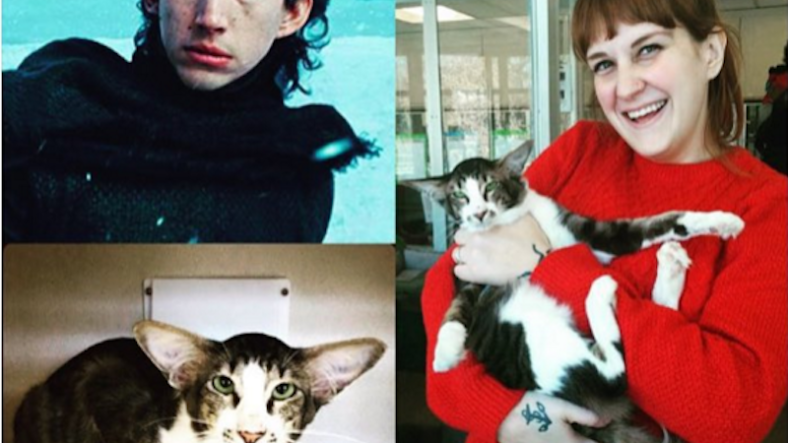 In the wake of Star Wars: The Force Awakens fever, people are still holding on to Star Wars mania with a Force grip. Things got so bad that fans of the franchise were starting to see Star Wars related imagery in everyday things. “Is my trashcan a droid that wants me to do things?” “Did my neighbor just get the mail using his mind and a dramatic hand gesture?” “Does that cat look like Kylo Ren?”

Even Huffington Post found itself asking that last question when a cat that bears a striking resemblance to Adam Driver was discovered at the Monmouth County SPCA, waiting for a forever home (or a lightsaber so he could escape, whichever came first).

The cat, now named Kylo (for obvious reasons), has been adopted by New York writer Emily McCombs, who wrote about how she came to be mommy Kylo Ren for Elite Daily.

Kylo is now living comfortably, settling into his new home, and adding to his Instagram, which, oh yeah, he has now. Here are some of our favorites so far:

Chilling with Mouse Yoda and Mouse Chewbacca. No animosity detected.

Five minutes after Kylo arrived home for the first time and he's already made clear his love for chilling. He's a brave little guy, he didn't hide out on his carrier or scamper under the couch, just immediately started exploring the apartment.

The Force is strong with this one …