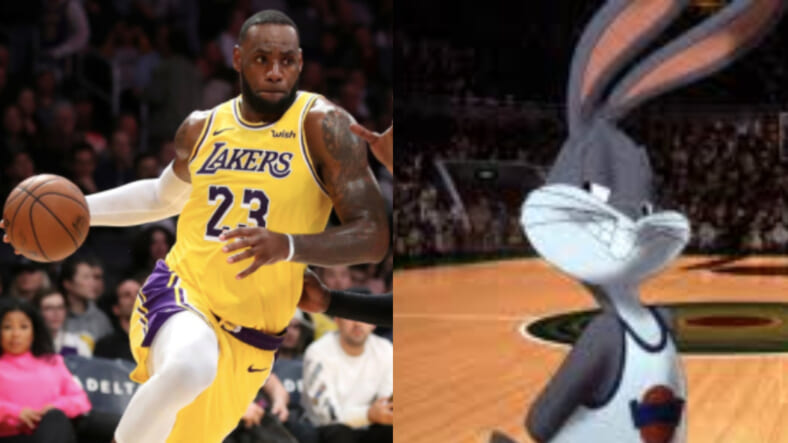 The supposed plot of LeBron James’ long-awaited Space Jam: A New Legacy has hit Twitter, and it sounds even more bonkers than the 1996  original starring Michael Jordan and a cast of classic Looney Tunes cartoon characters.

A synopsis for the film that was shared on Twitter by Hollywood writer/director Ben Mekler, who is not attached to the film, but claimed he obtained it from an email about a test screening for Space Jam: A New Legacy, adding: “The synopsis for SPACE JAM: A NEW LEGACY is certifiably bananas and I for one cannot wait to see it.”

The synopsis for SPACE JAM: A NEW LEGACY is certifiably bananas and I for one cannot wait to see it pic.twitter.com/BLmc4x5uHb

The shared screenshot of the beyond-looney synopsis reads:

“During a trip to the Warner Bros. studio, NBA Superstar LeBron James and his son accidentally get trapped within a world that contains all of Warner Bros.’ stories and characters, under the control of a malfunctioning, all-powerful force named Al G (played by Don Cheadle).

“With the help of Bugs Bunny, LeBron must navigate through a never-before-imagined world filled with iconic movie scenes and characters as they re-assemble the Looney Tunes to rescue his lost son. Now to get back home, Lebron and the Tunes have to unravel Al G’s mysterious plan and win an epic basketball game against digital gamified super-versions of the NBA and WNBA‘s biggest stars as the entire world watches.”