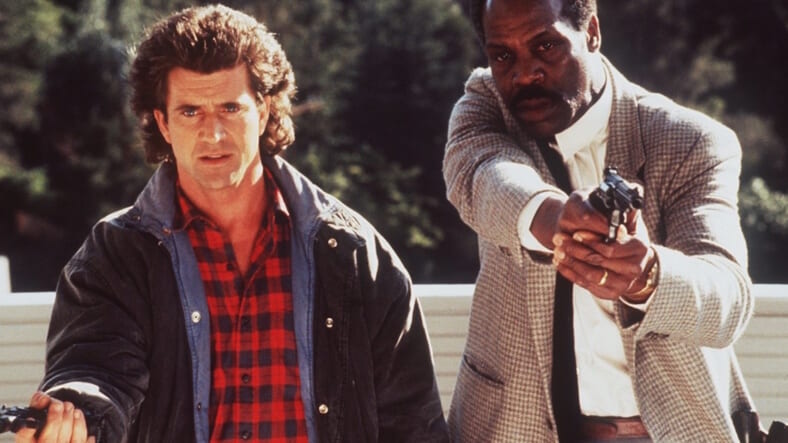 While making the press rounds for his latest buddy-cop film, The Nice Guys, screenwriter Shane Black has inevitably been asked about his original foray into the genre—Lethal Weapon. Fans have been demanding a fifth entry for years (the fourth film came out in 1998), but there is one obvious hurdle: no one in Hollywood wants to work with Mel Gibson.

In the franchise, Gibson plays one half of a mismatched duo with Danny Glover. Glover was a good-natured detective and family man while Gibson played an unhinged narcotics cop with a death wish. Naturally, Gibson coming back as a mentally-unstable character would hit too close to home, given his 2006 drunken, anti-Semitic tirade and his similarly troubling 2010 phone calls with girlfriend Oksana Grigorieva.

Regardless of Gibson remaining one of the most hated men in Hollywood, Shane Black recently told Business Insider that he has the actor’s back:

“I’ve always been a tremendous fan of Mel Gibson, not just as an actor, but I think he’s a good guy. I just don’t believe in holding anyone accountable for something that they say while they’re drunk because if I’m drunk I’m going to be deliberately belligerent, first off.

“I’m going to say something that I know will piss you off and will delight in the fact that I’m destroying the house and burning it down. That’s what drunk people do. So the idea that that’s truly who a person is when he’s had a few, I don’t believe that at all. I just think that’s wrong. I know a lot of great people and they are not necessarily great when they’re drunk. So I don’t trust that.”

“Blame it on the alcohol” seems to be Black’s perspective. Black continued that he had actually written a fifth entry into the series, although he only wrote the first two entries. Speaking on the Happy Sad Podcast, Black recently shared his plans for a fifth installment:

“I wrote a 62-page treatment with my friend Chuck for Lethal Weapon 5 that would’ve been, I think, a very good movie. It was interesting. It was essentially an older Riggs and Murtagh in New York City during the worst blizzard in east coast history, fighting a team of expert Blackwater guys from Afghanistan that’s smuggling antiquities.And we had a young character that actually counter-pointed them. But I didn’t wanna do what people do when they’re trying to transition which is, they sorta put the two older guys in the movie, but really it’s about their son! And he’s gonna take over and we’re gonna do a spinoff. Fuck that, if they’re gonna be in the movie, they’re gonna be in the movie — I don’t care how old they are.”

Given just how serious Gibson’s past remarks were, this notion seems like a pipe dream for diehard Lethal Weapon fans. But if studios are ever going to go through with this, they better hurry up. Danny Glover is 69 now and definitely too old for this shit.