Lindsay Lohan Is Campaigning Hard to be the New Batgirl

Crazy, but it could happen. 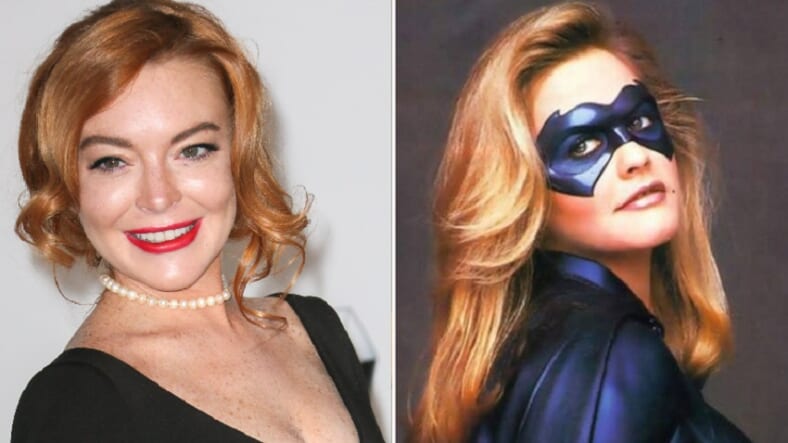 What’s Lindsay Lohan been up to? Trying to become a superhero, apparently.

Lohan wants to play Batgirl in Joss Whedon’s movie with that title, and she’s not being shy about it. Not that anyone would expect her to be shy about anything.

The tweet with an image of Lohan and stylized art portraying her in the role was her second one. She first tweeted at Whedon on January 6.

That tweet would’ve been easy to interpret as a passing thought or a joke, but it looks like she’s serious.

Whedon will write and direct Batgirl, according to EW, and he’s indicated a willingness to cast an unknown in the role.

If Lohan is really serious about wanting the role, she’ll have a fight on her hands. As ScreenRant reported, Hailee Steinfeld is interested, as is Alicia Silverstone—who played the role in the infamously bad 1997 Batman & Robin.

Silverstone told USA Today she “could do a much better Batgirl now” because she’s more mature and a better actress. Lohan hasn’t explained what she might bring to the role

We’re rooting for Lindsay Lohan. The character has always been a redhead like her, and she can summon the intensity required for superhero-level ass-kicking when she needs it.

Get on it, Joss Whedon.