Aaron Paul from “Breaking Bad” and Sophie Turner from “Game of Thrones” are among his fiercest critics. 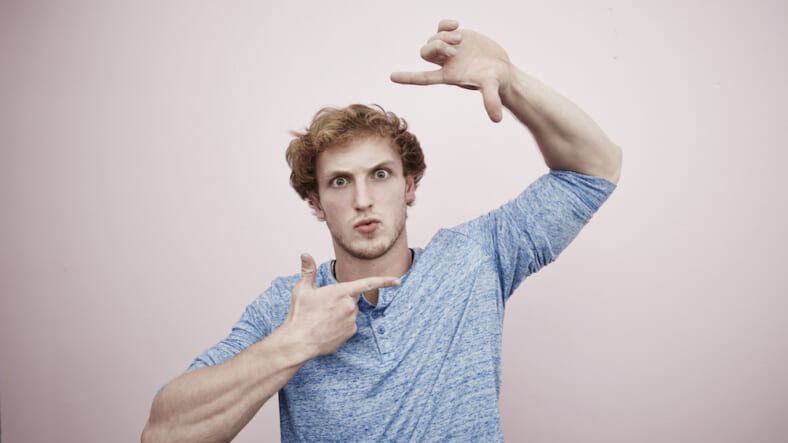 YouTube and Vine star Logan Paul has made his name posting videos of stunts and wild antics with his bros online. His most recent, titled “We found a dead body in the Japanese Suicide Forest…” has ignited outrage far beyond sections of the population that sadly follow YouTube celebrities.

In the now-deleted video, the 22-year-old social media star and his posse of fellow vloggers visited the Aokigahara forrest nearby Mt. Fuji in Japan, which is known as a common destination for suicide. There, they encountered the body of a man who had recently hung himself from a trea, and Paul proceeded to film his reaction and the body in order to “promote suicide awareness.”

“Suicide is not a joke,” Paul said in the video, before he and his friends approached the body and laughed. “Depression and mental illness are not a joke. We came here with an intent to focus on the ‘haunted’ aspect of the forest. This obviously just became very real, and obviously a lotta people are going through a lotta shit in their lives.”

Celebrities, some on YouTube and others with actual talent, promptly condemned the video, causing Paul to delete the video and offer two apologies—one on Twitter and the other a teary-eyed video confessional.

Aaron Paul of Breaking Bad and Sophie Turner of Game of Thrones were among his most vicious critics.

Logan Paul is an amoral piece of shit who could not be less deserving of his platform. Fuck. If you need help, the National Suicide Prevention Lifeline is 1-800-273-TALK.

Model and a prominent Internet personality in her own right Chrissy Teigen was perhaps the only to express a modicum of sympathy.

Re: Logan Paul, something I always think about is when people make…ethical mistakes, as in, not-illegal, should we really be trying I ruin their lives and end their careers or accept the apology, personally make a choice to stop watching, and move on.

An example I have is with a certain clothing company. Years ago the designers said things i personally found horrible about IVF children. I made the choice to simply…never wear or purchase again instead of trying to “end them”

Oh I’m not saying what he did wasn’t sick and stupid and his videos aren’t or haven’t been stupid, I’m saying…a lot of you don’t know what it’s like to have a campaign to end your entire being https://t.co/6s5OSZCZnU

“I have made a severe and continuous lapse in my judgment and I don’t expect to be forgiven. I am simply here to apologize,” Paul said in his video apology. “I should have never posted the video.”