This Incredible New Tequila Was Inspired by a Mexican Volcano 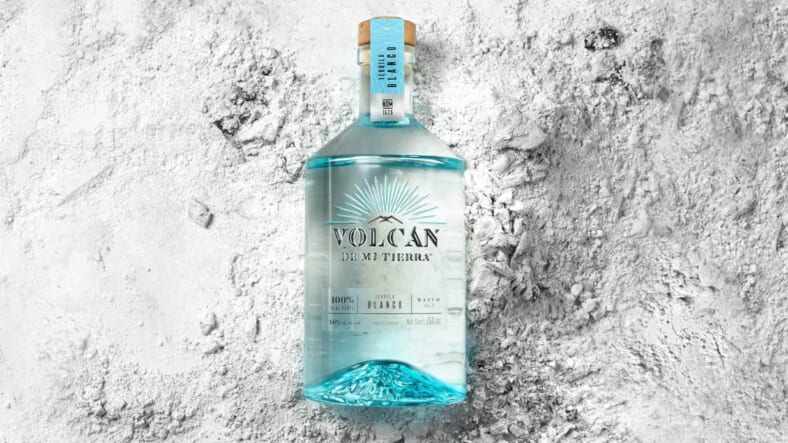 In the Middle Paleolithic Period, a massive volcano erupted in what is now Jalisco, Mexico. Two hundred thousand years later, it’s about to change the way you drink.

The epic explosion ultimately paved the way for the launch of Volcan De Mi Tierra, a new super-premium tequila brand from LVMH, the French luxury goods partnership, by creating the mineral-rich soil that surrounds the volcano.

It just happened to be ideal for growing two distinct types of Weber blue agave, the essential base of the very best tequila, and is the reason the company chose this spot in which to create its first original spirit since LVMH was founded 30 years ago.

It’s a fitting anniversary gift for the iconic company whose initials stand for Louis Vuitton Moët Hennessy, combining three of the world’s most famous luxury brands. While many of the components of its spirits portfolio (see “Blithe Spirits,” next page) predate the company’s existence, the fact that LVMH, controlled by billionaire Bernard Arnault, a man of impeccable taste, chose tequila for its first original launch says much about the storied spirit’s evolution.

Of course, to “land of my volcano,” has some impressive heritage to build on, in the way of all LVMH pedigreed holdings. That’s thanks to a partnership with Mexico’s Gallardo family, long-standing landowners in the shadow of the inactive but still imposing volcano, aptly named Tequila.

The unique landscape offers the ability to grow agave in
both the lowlands at the volcano’s base and the highlands nearer its summit, creating a distinctive spirit that truly expresses terroir, the winemaking term meaning a sense of place. Blending both agave types, which is unusual for a luxury tequila, allows Volcan to “embrace the nuances” of each to create a truly unique style of tequila, notes Anna María Romero Mena, Volcan’s expert maestra de tequila. Lowlands agave is said to give an austere and herbaceous flavor profile while the highland plants proffer the typically preferred citrus and oral notes; Romero Mena considers a blend of both to be essential.

The brand has initially launched two expressions, Blanco and Cristalino, bearing the Volcan De Mi Tierra label. Most consumers will be familiar with blanco, or silver, tequila, which owes its transparency to little or no aging. Cristalino is the result of a newer method in which the color is extracted from aged anejo spirit.

While luxury tequila in itself is not a new concept, LVMH is bringing a bonafide level of expertise to the category, in addition to the innovative recipe, and putting the popular spirit on a par with its other legendary brands. Volcan De Mi Tierra’s dapper president and CEO, Trent Fraser, was formerly the vice president of the most prestigious among them, Dom Pérignon. And so it would not be far off to say that Volcan is poised to become the Champagne of tequilas.

“This is an incredibly exciting time for [LVMH], as we are embarking on something truly unique, designed to really break the mold,” Fraser tells Maxim. “This is a small and entrepreneurial project that has been secretly in the works for over three years. The anticipation and excitement internally is phenomenal.” As for how he might implement skills learned at Dom Pérignon in tequila country, he says: “Strategically our approach will have similarities, as we will be very targeted with the utmost precision in all that we do. We are very considered in our approach and almost surgical in how we go to market.” That means only select retailers, restaurants, and bars who “respect” the spirit will be able to stock it, for one thing.

Why did LVMH launch a tequila brand instead of something with more obvious appeal to the company’s affluent customer base? “Knowledge and education have transformed the tequila category in recent times,” Fraser says. “Many of the older memories and maybe not-so-positive experiences of people going through college 20 years ago are being replaced with more fun, elegant, and appreciative moments. Consumers are now understanding what tequila actually can be capable of, and hopefully
Volcan will further elevate this.”

To be sure, Volcan De Mi Tierra is as carefully crafted as any fabled elixir in LVMH’s portfolio. During the three-plus years of development, much experimentation was carried out with yeast variations, agave selection and blending, and maturation in multiple casks. Romero Mena ultimately settled on barrels that formerly held old-world spirits.

“It was my hope to create a spirit that is truly committed to expressing the heart of the agave and terroir from which it came,” Romero Mena says. The result, she notes, is “authentically complex yet elegant and balanced.” The Blanco is made to be enjoyed mixed into cocktails, while
the Cristalino is especially good served neat or over ice.

The clever bottle design incorporates the dramatic terrain of the
volcano, with a textured relief of the mountain set into the base. The Blanco has a blue tint in homage to the agave it’s made from, while the Cristalino is highlighted in copper, referencing the unique copper stills installed at the distillery to create the perfect tequila.

The handsome vessels took a long time to perfect, with the volcano relief proving particularly difficult to render, but of course there was no thought of cutting corners. The result is not only unique among tequila brands but ultimately worthy of sharing shelf space with the rest of LVMH’s impeccable offerings. Monsieur Arnault, we imagine, must be very pleased.

Trent Fraser calls Volcan De Mi Tierra “the perfect addition and complement” to LVMH’s unrivaled portfolio of luxury wines and spirits. The new top-shelf tequila brings the number of LVMH’s wine and spirits houses to 23. The oldest, Clos des Lambrays of grand cru Burgundy fame, was founded in 1365. Dom Pérignon (1668), Veuve Clicquot (1772), Hennessy (1765), and Château d’Yquem (1593) are the best known, though not all the brands are French in origin. In the spirits category, Poland’s Belvedere Vodka, founded in 1993 and acquired by LVMH in 2005, is the second newest after Volcan.

Maison Hennessy, one of the pillars of the group, is the sixth oldest among its holdings and the unrivaled leader in the cognac category. Over the course of 250 years, it has been the favorite tipple of everyone from English kings to rap moguls, and continues to make waves with eye-popping new offerings like Hennessy 8, a $39,000-per-bottle tribute to eight generations of master blenders from the same family. A new visitors center welcomes the public to the Maison’s home on the banks of the Charente River.

Across the Channel you’ll need Glenmorangie, produced in the Scottish Highlands since 1843. The lush single malt boasts an impressive history, but since its acquisition by LVMH in 2004, it has become a leader in innovation as well. Now truly a modern luxury brand, Glenmorangie has expanded the horizons of single malt Scotch with rare finishes and elite expressions.

Glenmorangie Original, an elegant 10-year-old with floral notes, continues to be the gold standard, but the brand has also experimented with different casks and maturation methods. One of the most delectable results is Bacalta, first matured in former bourbon casks, then extra-matured in bespoke casks “baked under the sun” that once contained highly prized Madeira from the islands of the same name off the coast of Portugal.

Glenmorangie House, the brand’s picture-perfect country gentleman’s estate located near the historic distillery, where tours are also conducted, was once the preserve of VIPs and company execs. These days it’s available for private bookings, allowing single malt enthusiasts the ultimate immersion experience. There are six bedrooms in the main house, which is stocked with all of Glenmorangie’s gorgeous whiskies. Now that’s our idea of luxury.