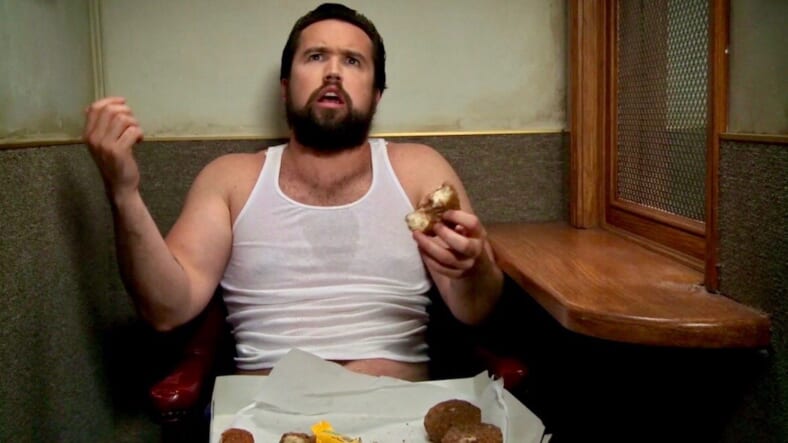 It’s Always Sunny in Philadelphia star Rob McElhenney debuted his shredded new physique at the L.A. Pride Parade, and the days of Fat Mac are no more.

The 41-year-old actor famously packed on 50 pounds for the seventh season, eating five 1,000 calorie meals a day. No one forced him; he just thought it would make his character Mac “funnier.”

“I feel like for the first time in my life I’ve been watching the show like, ‘All right, I’m almost as funny as everybody else,” he told The Wrap back in 2011.

On the show, Mac insisted he wasn’t fat… he was just putting on “mass.” Seven years later, it’s paying off.

Standing next to Danny DeVito at Pride, his gainz looked even more impressive. (Sorry, Danny!)

His shredded new “hot bod” has won the praise of the Internet and, unexpectedly, even LA Dodgers second-basemen Chase Utley.