Plus bonus features if you pre-order now. 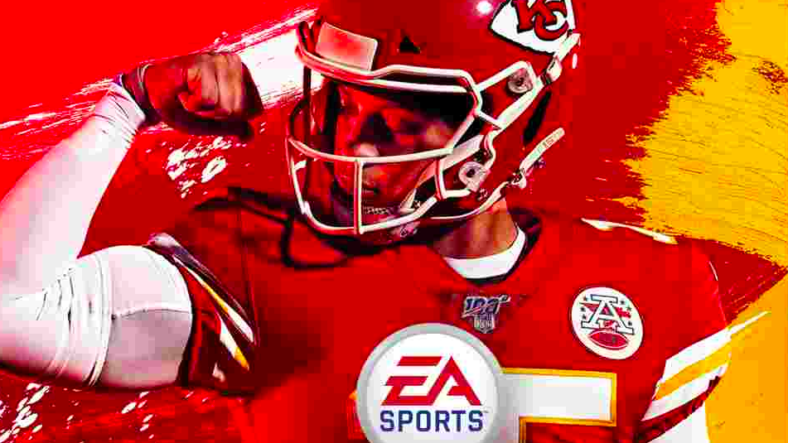 During the NFL Draft in Nashville last week, EA Sports announced the cover athlete and release date for Madden 20 and made the game available for pre-order online. That’s good news for Madden fans and possibly great news for the athlete in question, Kansas City Chiefs superstar quarterback Patrick Mahomes, who was the 2018 NFL MVP and Offensive Player of the Year. Hopefully Mahomes can avoid the dreaded “Madden Curse.”

It’s all a win for gamers, though, and pre-ordering is definitely a good idea—some serious bonus features make it worth the trouble.

Forbes has the deets on pre-order bonuses:

Fans who pre-order Madden NFL 20: Superstar Edition, which is available now, will receive a list of benefits. Among them are 12 Gold Team Fantasy Packs (for use within Madden Ultimate Team) a choice of 1 out of 32 core elite players from a favorite NFL team, a small training quick sell pack in MUT and a selection of a Legends Superstar ability for their created player in FOTF mode.

That’s a pretty sweet bundle of extras, in particular FOTF mode, which Forbes notes is “a single-player career mode that charges fans with creating a QB, taking him through the College Football National Championship playoff, the NFL Combine, the NFL Draft, and their subsequent NFL career.”

It’s in the game. #Madden20 pic.twitter.com/gVM8TaQjgM

Here’s hoping that the fan-made QBs do half as well as Mahomes, who has been a juggernaut on the field. In 2018 he was only the third NFL quarterback to ever throw 50-plus touchdowns in a season and he threw over 5,000 yards altogether.

Seriously, though: Can he avoid the “Madden Curse?”

In posing the same question about Mahomes, Digital Trends gives a concise explanation of just what the hell that is:

Since Garrison Hearst broke his ankle in 1998, shortly after starring on the cover of Madden NFL 99, most of the players who starred on the game’s cover have suffered an injury the following season. Of the 22 players who have been selected to grace the cover of Madden games through this season, 16 have had troubling or abruptly shortened seasons following their cover debut — including several who suffered season-ending injuries shortly after their game hit shelves.

Sixteen players is a significant number, large enough to be a little spooky. Football may not be as full of weird superstitions as major league baseball, but there’s pretty good reason to be wary of the Curse.

Mahomes doesn’t seem too worried about anything. Speaking to The Undefeated, he said “When you’re a little kid, you dream about being on the cover of Madden … having your picture up there.” In fact, he sounded damn confident about the whole deal. Asked what he expected his player rating to be, he said, “I expect my rating to be 100. I’m thinking that’s what we should go with. I want a little 100 emoji by my name.”

More power to you, Patrick Mahomes.

Pre-order Madden NFL 20 by EA Sports here today. It will be available to play on Xbox One, PlayStation, and PC. Official release date: August 2, 2019.