Who’s up for a shot of this stuff? 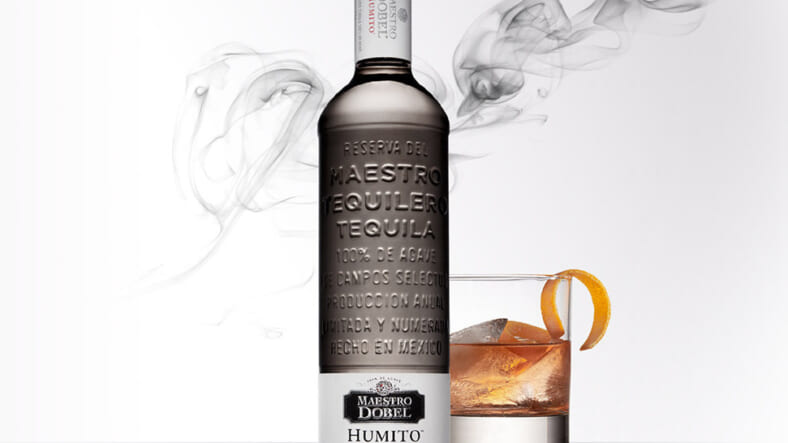 Looking for something new to spice up your summer cocktails? You might want to splash out on a bottle of Humito, billed as the world’s first smoked silver tequila, just released by Maestro Dobel.

Named after the Spanish word for “smoky,” it’s inspired by 17th-century production techniques using 100% blue agave, with a complex aroma and taste created by using Mexican mesquite wood during the artisanal distilling process. Think of it as an answer to the increasing popularity of mezcal, tequila’s smokier little brother.

That’s the sales pitch, anyway. To commemorate the new spirit Maestro Dobel is partnering with French-born hat designer and fashion icon Nick Fouquet, who has designed lids for the likes of Madonna, Pharrell and Bob Dylan, and who just hosted an exclusive launch event in Los Angeles that featured cocktail and food pairings by secretive celeb haunt No Name Bar.

One of the tasty new cocktails made with Humito, which is packaged in a vintage apothecary style embossed bottle, on offer at the event was the Let It Linger Margarita, which is made as follows should you care to attempt it at home:

Instructions: Mix the Humito, fresh lime juice and agave in a shaker glass; shake vigorously with ice; muddle the Fresno chili; strain into a coupe glass; garnish with cucumber.