Celebrate the rapper-turned-actor on his 47th birthday. 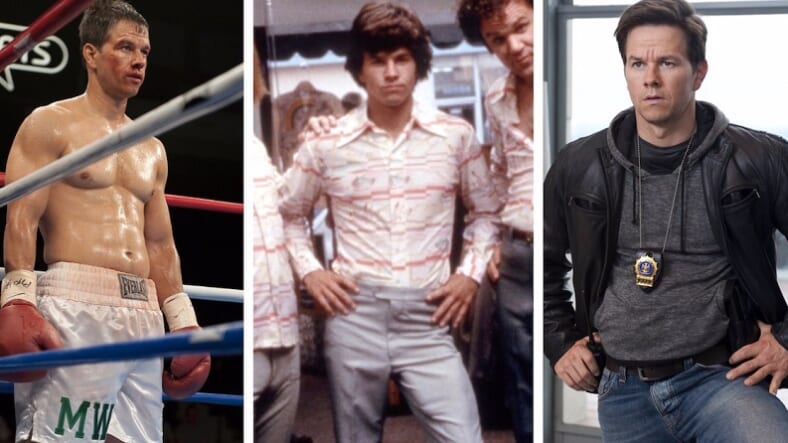 Mark Wahlberg turns 47 on June 5th. He’s closing in on 50, and after a rocky start in life, he’s got a lot to be proud of: His music career; his modeling career; and perhaps most of all, his career as an actor.

Since Renaissance Man, his first movie in 1994, Wahlberg has been in dozens of flicks of widely varying quality—but not too widely. He’s generally chosen projects wisely and proven a savvy actor with more versatility than he’s sometimes given credit for. He’s got great comic timing, for one thing. The Ted movies alone have proven Wahlberg’s knack for playing the straight man and for going along with a gag, no matter how ridiculous.

His real wheelhouse is probably action and drama. That’s obvious in the following carefully-compiled list, as the movies with comic elements ultimately have serious story lines.

Let’s face it: The man formerly known as Marky-Mark left the Funky Bunch behind a long time ago, and he’s ended up in some of the best movies you’ve seen.

Here’s our rundown of the top ten.

This 2017 dramatization of events around the Boston Marathon bombing in 2013 has been controversial in its own right. Wahlberg plays a composite character, his experiences similar to those of at least two real Boston law enforcement officers. There were accusations that the movie robbed the real men of the credit they deserved for their heroism. Criticisms aside, Wahlberg is in his wheelhouse in Patriots Day, of course: streetwise Bostonian with a heart. He is, in other words, damn convincing as a cop doing his job while coping with an assault on his home.

Perfect Storm is a powerful movie for many reasons. It’s based on a true story about fishermen out of Gloucester, MA, caught in the black heart of a terrifying storm, and it features Wahlberg in one of his most sympathetic performances as a doomed young fisherman. In a movie that does a great job of communicating the overwhelming fear the men must have felt, Wahlberg ends up the vulnerable center of the story. It holds up well today—perhaps even better than a movie from the same era that eclipsed it in many ways, Titanic.

Let’s be real: Something about Mark Wahlberg makes him a convincing cinematic soldier. Whether it’s his ability to communicate a tough man who’s just as fearful as anyone else inside or his physicality, he’s often at his most comfortable onscreen in camo with a gun in hand. With his portrayal of Navy SEAL Marcus Luttrell in Lone Survivor, Wahlberg finds the humanity inside a soldier trapped in terrifying circumstances during Operation Red Wings in Afghanistan. That the real Luttrell is 6’5″ and Wahlberg is 5’8″ makes no difference at all.

There was no guarantee that the Seth Macfarlane’s live-action directorial debut would be a success. The Family Guy creator voiced a vulgar teddy bear opposite Wahlberg’s handsome Bostonian man child—a character that perhaps isn’t so far from his heart. Their surprisingly convincing chemistry yielded one of Wahlberg’s best buddy comedies, second only to The Other Guys.

If you consider Deepwater Horizon and The Perfect Storm together, it’s like Mark Wahlberg got to play two versions of one story: the first tragic, the second uplifting. In Horizon he’s once again tasked with portraying a real man facing a seemingly insurmountable challenge on the ocean, Mike Williams. The oil worker was one of the heroes of the destruction of the Deepwater Horizon rig in 2010. Again, Wahlberg played the heroic everyman, but this time with more reality and vulnerability than some of his more ironclad tough guys in past films. You seriously question whether Williams will make it, and you can tell the character does, too.

David O. Russell and Wahlberg obviously get each other. In The Fighter they join forces to tell the true story of legendary Massachusetts boxer Micky Ward. With Dicky Ward (Christian Bale), his trainer and brother, Ward digs his way out of a rough childhood to a kind of salvation through boxing. The Fighter is an actor’s movie (it netted Bale an Oscar), but Mark Wahlberg rises to the acting challenge, perhaps spurred on by such an intense counterpart as well as Russell’s direction. At moments it’s tough to watch, but Wahlberg and Bale definitely make it worth the time.

Will Ferrell and Mark Wahlberg make a very good comedy combination, and they really kill it in the very funny The Other Guys. Ferrell plays a dorky cop much more comfortable in a desk job, while Wahlberg is a wild man, really over-the-top in an almost Lethal Weapon kind of way. He cuts loose in Other Guys and ends up a great, manic match to Ferrell’s genius with seeming like the serious, uptight guy who just doesn’t get what’s going on.

Mark Wahlberg and Matt Damon play a couple of Boston guys bound up in a tangle of cops, crime, corruption, and violence. The Departed wasn’t a stretch for either actor on paper, but with Martin Scorsese in the director’s chair and a high-voltage cast including Jack Nicholson and Leonardo DiCaprio, Wahlberg levels up and forms an organic part of the stellar ensemble. Departed won Scorsese well-deserved Oscars and put Mark Wahlberg in a whole new class of actors.

David O. Russell’s action comedy set during the Gulf War is a tightly-wound clockwork of a movie that goes to some unexpected places—more for Wahlberg than any other cast member, including George Clooney. The actor deserves more credit than he receives for his portrayal of Sgt. Troy Barlow, who journeys from hard-charging lunk to a semi-broken man who’s beginning to question everything he knows; his prejudices and his belief in his country. Again, Wahlberg plays the soldier, but he brings a striking level of humanity to the role.