“The second night, I went to hell for eternity.” 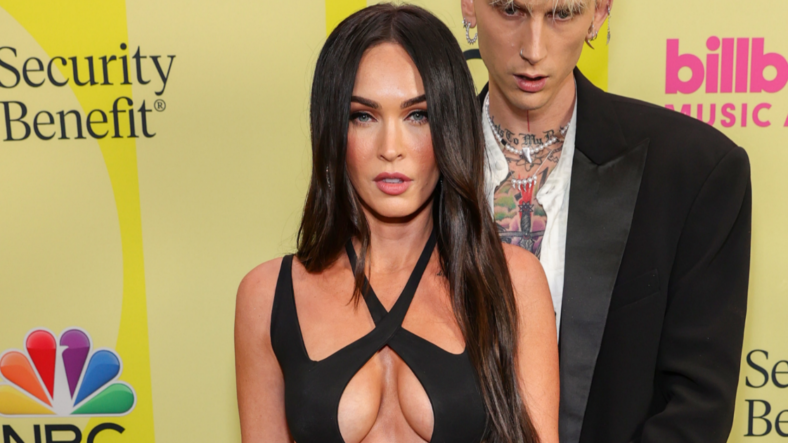 Celebrities like Machine Gun Kelly and Megan Fox are so relatable. Who hasn’t taken a three-day trip to Costa Rica where they did powerful hallucinogenic drugs with strangers and basically experienced hell on Earth?

That’s what Fox admitted to guest host Arsenio Hall in an appearance on Jimmy Kimmel Live. She and Kelly traveled to the jungle in Costa Rica where — with 20 total strangers — the pair spent three days tripping on Ayahuasca.

Wikipedia’s description of the drug is accurate enough. Ayahuasca is “a South American psychoactive brew used both socially and as ceremonial spiritual medicine among the indigenous peoples of the Amazon basin.”

Ayahuasca is powerful stuff, and Fox’s account was admirably straightforward. First, there was the process. “You don’t get to eat after 1 pm,” she told Hall, “You have to walk a very far distance to get your water. You can’t shower because they’re in a drought. Nothing glamorous about it. It’s all part of making you vulnerable, so you surrender to the experience.”

Then there’s the experience Fox and Kelly surrendered to. It begins with “vomitivo,” which is what it sounds like — participants in Ayahuasca rituals drink lemongrass water and multiple bowls of warm water then barf. It’s a form of physical cleansing before the spiritual cleanse.

“You have to vomit a certain amount before they let you back” into the ceremony, Fox said, “It’s such a good bonding experience. That gets you ready to go into the ceremony that night because your vanity’s gone.”

Then there’s going to hell. As Fox related, “The second night, I went to hell for eternity. Just knowing eternity is torture in itself because there is no beginning, middle, or end.” She wasn’t even talking about acting in the 2014 Teenage Mutant Ninja Turtles movie.

Joking aside, while Fox was blunt about the realities of such a trip, she also found it therapeutic, saying that tripping on Ayahuasca “goes straight into your soul, and it takes you to the psychological prison that you hold yourself in.”

Megan Fox and Machine Gun Kelly weren’t actually doing something all that strange. Psychedelic drugs such as psilocybin (magic mushrooms) and ketamine are slowly becoming popular solutions for conditions — such as severe depression — that don’t respond to other medications.

For anyone interested in going that route, it might be better to research clinics that legally provide it in the United States. No vomiting necessary.