Michael B. Jordan Fights Everyone In Final Trailer For Tom Clancy’s ‘Without Remorse’ 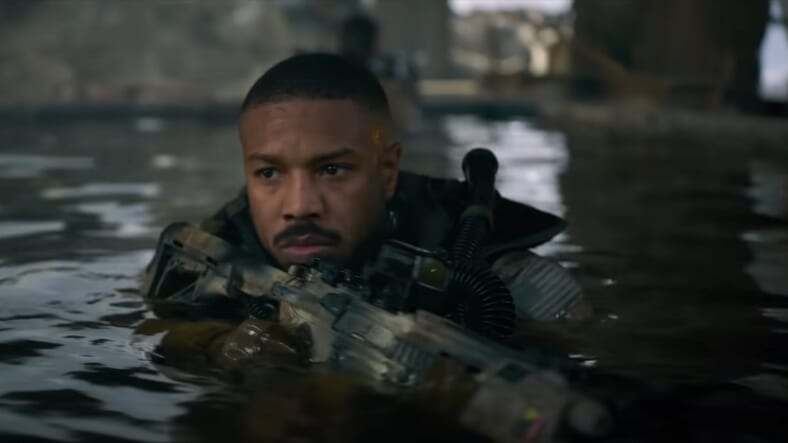 In the intense final trailer for Amazon Prime’s Tom Clancy’s Without Remorse, Michael B. Jordan ably demonstrated why his character John Kelly is one of the most dangerous men in the military, singlehandedly taking on a crew of prison guards armed only with his fists and a towel. He thrashes them all.

In Without Remorse, which functions as a kind of prequel to Clancy‘s Rainbow Six, Jordan’s character Kelly learns he shares a common cause with the United States government, with which he otherwise seems to be at odds — they are mutually committed to finding the people who killed Kelly’s wife, seen in as heavily pregnant in quick flashback moments in the video.

Seeking justice for the murder of his pregnant wife, an elite Navy SEAL uncovers a covert plot that threatens to engulf the United States and Russia in an all-out war.

A man seeking justifiable revenge also needs to help prevent World War III. Pretty tall order, even for Michael B. Jordan. But as he says in the trailer, “They’re gonna play by my rules now.”

Kelly is a popular Clancy character who also appears in the Jack Ryan novels, his name eventually changing to John Clark. Whether this is a standalone movie for Jordan or will end up part of a series isn’t clear, though you’d think the actor already has his hands full with the Creed movies.

Without Remorse was written by Taylor Sheridan, screenwriter for both Sicario movies. Co-starring with Jordan are Jodie Turner-Smith, Jamie Bell, and Guy Pearce.

Without Remorse premieres on Amazon Prime Video on April 30, 2021.