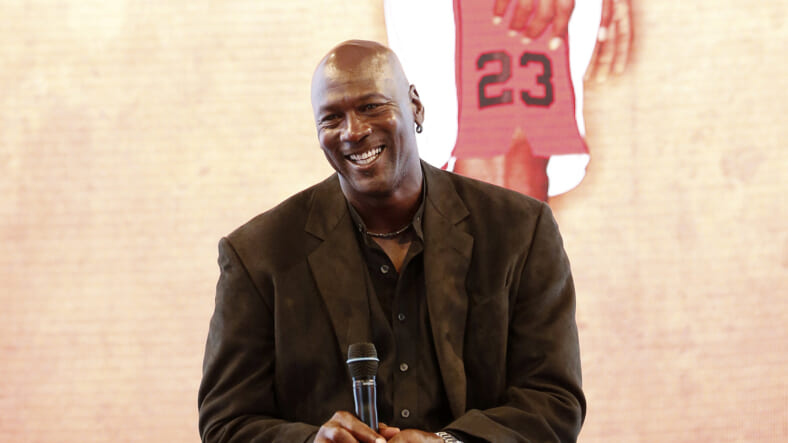 Michael Jordan, whose net worth is as big as his ego, recently added several million more dollars to his bank account. That’s hardly noteworthy, but the manner in which the money arrived is: A couple of  grocery chains paid His Airness millions after using his name in an advertisement without permission.

What he’s done with that money is even more noteworthy. After paying what is surely an obscene sum to the lawyers who worked the case for six years, Jordan donated the remaining sum to 23 different charities throughout Chicago. It’s unclear just how much Jordan donated because of confidentiality agreements, but a spokeswoman says it’s in the seven figures.

From the beginning of this case, Jordan promised that his wasn’t suing for money, but rather to protect his name. Now he’s made good on that, and it’s enough to make you cry.

It doesn’t come naturally, but we’ll turn off the cynicism for a moment and credit MJ for doing a good deed. So good job, MJ! Now, let’s turn that cynicism right back on and comment on the number of charities that he donated to. Twenty-three? SMH. Only Jordan could make a generous donation to two dozen deserving recipients and still find a way to make it all about himself.