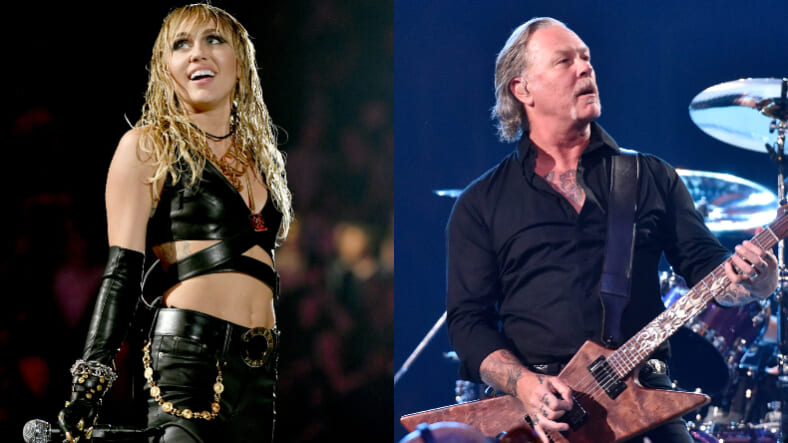 “We’ve been working on a Metallica cover album and I’m here working on that,” she told Owen, adding that considers the ability to work during the coronavirus crisis a privilege. “We’re so lucky to be able to continue to work on our art during all of this. At first, it felt uninspiring and now I’ve been totally ignited.”

Miley’s past musical performances have featured material from classic rockers, including Pink Floyd, Led Zeppelin, Nirvana and Billy Idol, among others. In fact, she has also already paid tribute to Metallica with a rendition of 1991 Black Album ballad “Nothing Else Matters.”

Meanwhile, the Cranberries recently deemed Cyrus’ live version of the 1993 hit “Zombie” one that would the alt-rockers’ late frontwoman would enjoy.

We were delighted to hear of Miley Cyrus’ cover of Zombie at the Whisky a Go Go #SOSFEST in LA at the weekend. It’s one of the finest covers of the song that we’ve heard. We think Dolores would be very impressed! Check it out here: https://t.co/ysFxUZLKnl

Let’s see what Cyrus can do with “Master of Puppets.”