The 6 Most Convincing Drunk Movie Performances 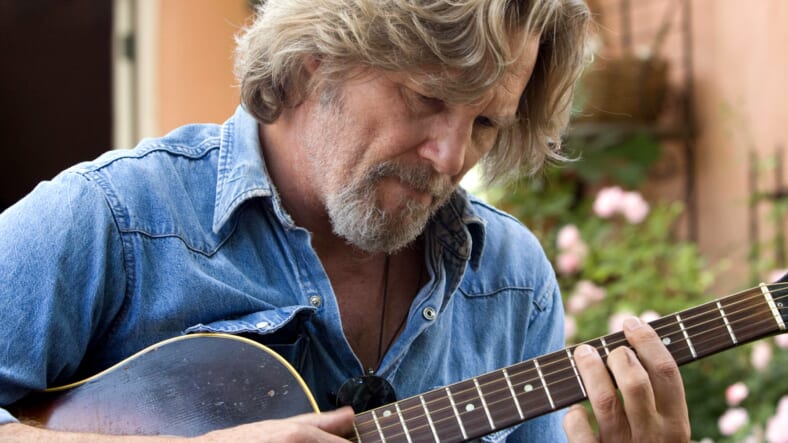 Most everyone knows what it feels like to be drunk, and certainly what it looks like to be around someone who is. But despite how frequently we might overindulge, playing a convincing drunk on film is almost as difficult as nailing a Boston accent (even actors from Boston can’t do it).

But once in a while, a truly talented actor can pull it off and nail the mannerisms of a drunk person, beyond artificially slurred speech. And cheers to them:

When poor George Bailey realizes he’s been swindled and may lose everything he’s worked so honestly for, he goes on a bender to try and drown his sorrows before going home to his family. Understandably. Jimmy Stewart perfectly gets across Bailey’s mix of paternal devotion, anger, and sense of failure as he prepares to host a party he’s much rather miss.

Everything Jeff Bridges does is perfect, and his performance as a washed-up and defiantly drunk country performer won him his very first — and long overdue —Oscar.

Jonah Hill in Get Him To the Greek

Dudley Moore will forever be remembered as the eccentric, unlikely millionaire who fully commits to a lifestyle of wine, women and song — which is fun until it isn’t anymore. Don’t you wish you were Arthur?

Kirsten Dunst in Eternal Sunshine of the Spotless Mind

Again, this might be a bit of a stretch, since Mary’s chief complaint when her boss shows up unexpectedly to correct a botched mind-erasing procedure is that she’s “soooo stoned.” And she clearly is, but she’s also been drinking whiskey straight from the bottle, so it’s pretty safe to say she was drunk as well. Not only does Dunst pull of acting drunk/stoned, she nails a woman trying to pretend she isn’t.

Denzel Washington, a serious actor, plays a very serious alcoholic in Flight, as a pilot who paid the ultimate price for his drinking problem. There’s plenty of drunkenness throughout the film, but probably none more drunk than this scene here: