Meet the bold new tequila trend that whiskey lovers have been waiting for. 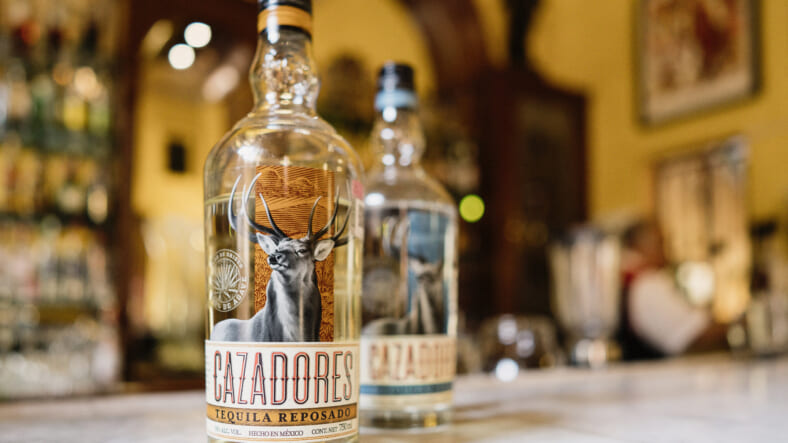 Whiskey may move more cases than tequila in the States, but sometimes it’s nice to switch it up. Yet what if that spirit’s flavor profile suits you? What if your mouth waters at the mere thought of oak and vanilla? Well, we’ve got the perfect thing for you—extra añejo tequilas.

Extra añejo, or “ultra-aged,” tequilas are a relatively new category, having only been officially recognized in 2006. In order to be considered extra aged, they must mature for more than three years (añejo tequilas age between one and three years) in oak barrels that hold 600 liters or less. The results are some of the most complex tequilas on the planet.

The colors can range from deep gold to burnished mahogany, but the similarities between ultra-aged and whiskies don’t stop there.

On the nose you’ll find the citrusy notes you know and love from some Scotch whiskies, but the palate will really sing bourbon. Because of the oak aging, you’ll get the obvious woody notes, but also vanillas and caramels blending with spice notes like cinnamon, clove, or nutmeg. Sound familiar?

Most EA tequilas are great on their own, sipped slowly to take in the complexities. If you’re of the school that tequila is best enjoyed with lime and salt, though, we have a new pairing option to suggest: cinnamon and orange.

Dusting an orange slice with cinnamon and biting into it after taking a sip of EA “enhances the citrus notes of the highland agave without cutting the sweetness gained during the aging process,” says Tania Oseguera, Cazadores’ master tequilier and brand ambassador. “On the other side, the cinnamon makes a great flavor alliance with the oak-related notes.”

Oseguero has helped craft one of the pioneers of the EA tequila movement, distilling Cazadores’ 100% blue agave tequila from the hills of Arandas in Mexico. While the EA trend is new, Cazadores’ distilling process and formula is almost 100 years old, dating back to Don Jose Maria Bañuelos, the founder of the elite tequila distillery. Passed down through generations, the formula was perfected by Don Jose’s grandson, Don Felix, and remains a a close-held family secret.

Cazadores’ tequila is the result of patience. First, the blue weber agave plants take a full nine years to cultivate, the flavor maturing to provide an agave with a round and sweet flavor. Even then one must wait, for once harvested and processed, the nectar is placed in American White Oak barrels for a minimum of three years, allowing an aging process that imitates, while not copying, the process for whiskey.

The good news is the barrels should be well-entertained during their wait. For reasons that vary from superstition to trial-and-error, Cazadores’ constantly plays classical music, namely Mozart symphonies, for their aging tequila. Crazy?

Perhaps. But the one time the distillery failed to provide such musical enrichment to their tequila, the batch tasted completely different than all previous versions, which is a problem when the standard issue is considered perfect by the brand’s tequiliers. We can’t confirm a scientific explanation for this phenomenon, but based on the results of the Mozart-inspired libation, we’re willing to give Cazadores’ the benefit of the doubt.

Relating to the authenticity and local roots of the tequila, Cazadores has released a new campaign focused on the history of the region, the brand and the tequila itself. And seeing that it’s always happy hour somewhere, we think now’s as good a time as any to give this popular tequila trend a try.