“He has no respect for our country. F–k that guy.” 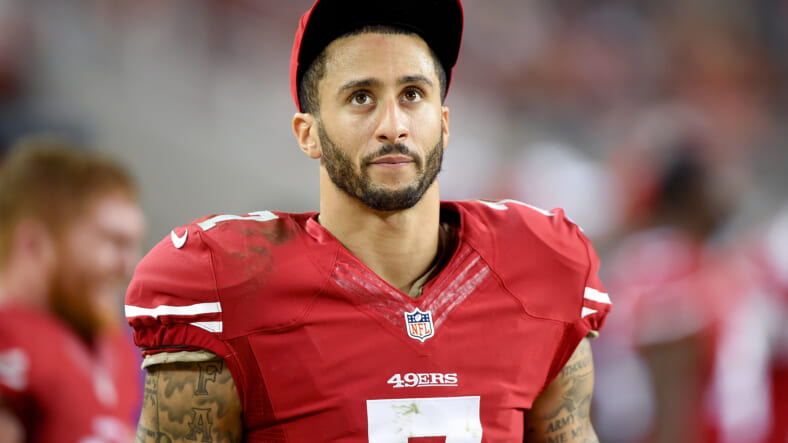 Given his recent refusal to stand for the national anthem and his year-long ineffectiveness as an NFL quarterback, many expect Colin Kaepernick to find himself without a job in the coming weeks. He may have trouble finding a new one.

According to a survey of NFL general managers by Bleacher Report, Kaepernick is almost universally hated in front offices around the league, even if some players support him.

“He’s a traitor,” one exec told the site.

“He has no respect for our country,” another said. “F–k that guy.”

“In my career, I have never seen a guy so hated by front office guys as Kaepernick,” another said.

In all, Bleacher Report’s Mike Freeman spoke to seven executives who told him that an overwhelming 90 to 95 percent of NFL poobahs share their feelings of deep disdain for Kaepernick.

That these teams revile Kaepernick while almost certainly employing actual violent criminals is an irony too delicious to not point out. But it doesn’t really help Kaepernick, who’s not nearly as morally repugnant as some criminally inclined NFL players but appears much more likely to get blackballed by the league.

In other Kaepernick news that certainly won’t endear him to those who already hate him, the quarterback has been wearing socks that insult police. That is, if you consider the image of a pig wearing a police officer’s hat insulting.

This is not going to do Kaepernick any favors. It was easy to defend him for not standing for the national anthem and for his critiques of police brutality, but these socks are just dumb. And unfortunately, they’ll make it easier for many to ignore his legitimate concerns.

His national anthem protest already turned many NFL execs into Kaepernick haters and now these socks will likely convert the rest of them.