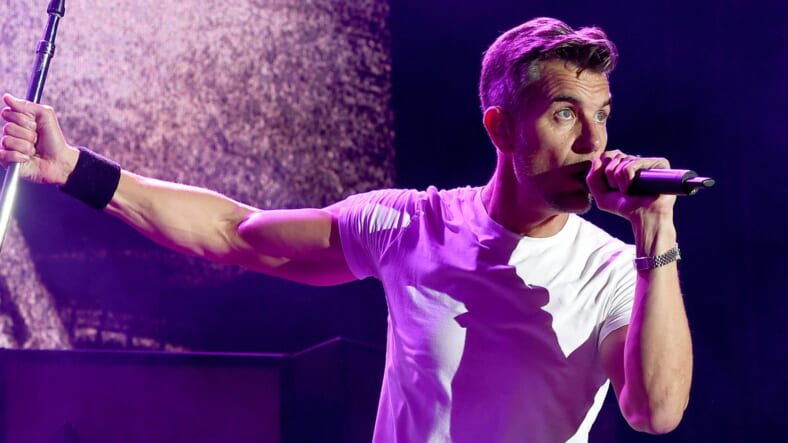 311 may released their first chart-topping single nearly 25 years ago, but frontman Nick Hexum is arguably in the best shape of his life.

“Most of the year I just eat a lot of eggs, salmon, I love macadamia nuts, stuff like that,” he said. All three are also part of the scientifically sound Mediterranean diet. But other foods on Hexum’s menu aren’t quite as clean.

“I eat out plenty. I don’t feel like I’m depriving myself. Some people try to eat too clean on [keto]. I’m like, ‘Just go crazy with the fats: butter, cheese, bacon.’ Let it be fun!”

While Hexum doesn’t indulge in full-blown cheat days, he does work in a carb-heavy homemade pizza every on occasion.

“I don’t like to be too strict,” Hexum said. “I don’t want to take the fun out of it and completely deprive myself.”

“I figured I could just eat as much as I want and have more energy,” he added. That’s a good thing, as 311 is currently on a coast-to-coast tour in support of their latest release.

“Once you get through that little keto bump and get adapted, you have much more sustained energy,” he said. “It’s not up and down like it is on a carb-rich diet.”

As the post above would suggest, the dude also works out hard. But just as he does with the diet, Hexum keeps things interesting with a mix of exercises that includes surfing, weights and interval training.