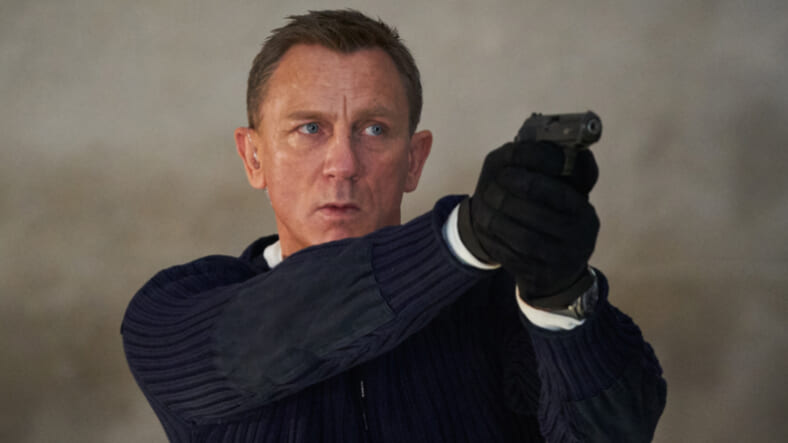 No Time to Die may make an at-home premiere as part of a massive $600 million streaming deal. The 25th James Bond movie and last to star Daniel Craig as the titular superspy was originally scheduled for a theatrical release in April 2020, but the coronavirus crisis ultimately pushed back the release to April 2021.

Citing “multiple insiders and rival studios and companies,” Variety reports that Netflix and Apple both considered purchasing the surefire blockbuster for the steep nine-figure sum, but couldn’t finalize a deal.

“We do not comment on rumors. The film is not for sale. The film’s release has been postponed until April 2021 in order to preserve the theatrical experience for moviegoers,” an MGM spokesperson told Variety.

It’s also unclear if producer Barbara Broccoli and Michael G. Wilson, who partially control the Bond franchise through Eon Productions, would sign off on the blockbuster streaming deal.

Sources also said that MGM is already out between $30 and $50 million because of the delays, not including the movie’s $250 million cost of production.  Meanwhile, other companies have already banked major sums by securing deals with streaming services while theaters remain closed during the pandemic.

Amazon Prime recently bought the steaming rights for the December release of Eddie Murphy‘s Coming 2 America from Paramount for a whopping $125 million.

But as of now, No Time to Die is still scheduled to open in American theaters on April 2, 2021. Stay tuned.