The “OG Insta Golf Girl” had to admit this was incredible. 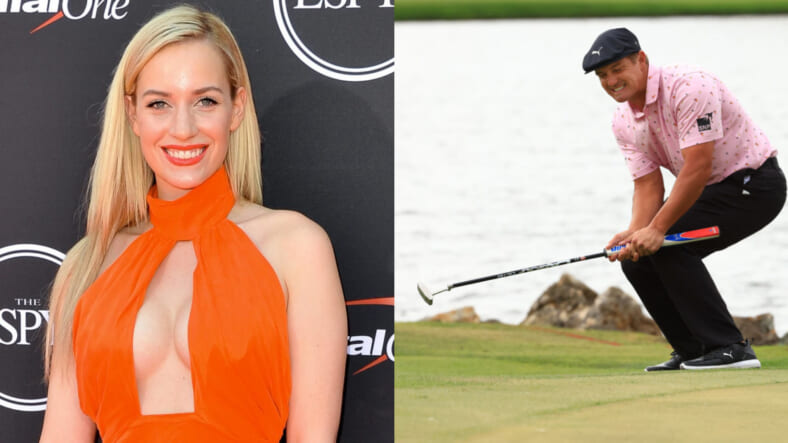 Comparing Bryson DeChambeau’s approach to long drives to the one taken by Adam Sandler’s title character in Happy Gilmore isn’t fair, since at first glance the real-life golf pro is making what looks like a normal shot using correct form. But DeChambeau is more jacked than most golfers and puts what looks like considerable upper body strength into such drives, and the end result is sometimes damn impressive.

Okay this was cool pic.twitter.com/8yKmQhyBVA

DeChambeau knows what he’s doing with these drives and they’re becoming part of his legacy. Golf.com has more on this one, which happened at the Arnold Palmer Invitational in Bay Hill, Florida:

DeChambeau, during Saturday’s third round of the Arnold Palmer Invitational, took a near-direct line at the hole and bombed his ball about 70 yards short of the hole before it bounced into the right rough, 370 yards from the tee. He raised both arms into the air. Twice. His ball carried 344 yards, according to the NBC broadcast — which may have driven the green had DeChambeau taken a straight shot at it. “He can redefine the sport if he keeps this up,” analyst Paul Azinger said on the broadcast. “That flew so far.”

With the MLB altering the official league baseball specs to likely reduce home runs, it’s nice to have a pro from one of the other slower-paced summer sports step up and give fans another kind of long ball to get excited about.

Spiranac giving DeChambeau’s incredible shot props on Twitter is really a shout-out from one pro to another, and especially nice since the blonde stunner is as frank and outspoken as golf professionals ever get, even coming to Tiger Woods’s defense in the past over his high-profile marital issues.

As the Sports Illustrated video above demonstrates, even as Spiranac has attained celebrity in part through her fire photos, she is also a serious professional athlete with all the requisite skills needed to compete in her sport. Below, check out a few golf-themed selections from her Instagram. We wouldn’t blame Bryson DeChambeau for checking them out either, once he learns of her admiration for his abilities.