‘No Time To Die’: Trailers, Teasers, Release Date, And Everything You Need To Know

Everything we know so far about Daniel Craig’s final turn as Bond. 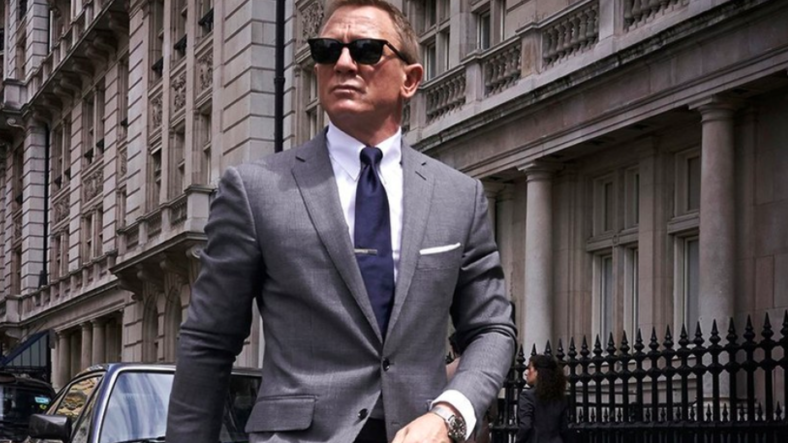 James Bond has faced some colorful villains—and their henchmen—across 25 movies. The names alone say enough: Dr. No, Goldfinger, Mr. Big, even Jaws (the giant steel-dentured henchman played by Richard Kiel, not the shark).

According to No Time to Die producer Barbara Broccoli, we ain’t seen nothin’ yet: Rami Malek plays a truly malevolent figure named “Safin,” whom Broccoli calls a “supervillain.”

But Bond movies are always about much more than just the core conflict between the super spy and whatever big bad he’s facing. Here’s everything we know about No Time to Die so far.

Has a trailer been released?

Yes, on December 4th. And it is—predictably—intense.

More about the trailer here.

Who is in the cast?

Daniel Craig is back doing his last turn as the super agent, of course, and past castmates Ralph Fiennes (M), Ben Whishaw (Q), Lea Seydoux (Dr. Madeleine Swann), and Jeffrey Wright as CIA agent Felix Leiter are just a few along for the ride.

Then there’s Lashana Lynch as the agent who takes on the 007 code name after Bond’s retirement, Ana de Armas, and Rami Malek’s Safin.

Broccoli spoke with Empire Online about the movie, in the process giving some insight into the hero-villain dynamic between Bond and Safin:

“We’ve thrown the book at [Bond] on this one,” teases Barbara Broccoli in an exclusive report from Empire’s upcoming 2020 Preview Issue – and by ‘the book,’ she means Rami Malek’s Safin. “He is really the supervillain. He’s the one that really gets under Bond’s skin. He’s a nasty piece of work.”

Obviously, Daniel Craig’s final turn as 007 is set to be a seriously big send-off.

In No Time To Die, Bond has left active service and is enjoying a tranquil life in Jamaica. His peace is short-lived when his old friend Felix Leiter from the CIA turns up asking for help. The mission to rescue a kidnapped scientist turns out to be far more treacherous than expected, leading Bond onto the trail of a mysterious villain armed with dangerous new technology.

Bond must meet his now-imprisoned old foe Blofeld (Christoph Waltz) along the way, we don’t know why. And there is a hint in the trailer that whatever Safin is hiding, it’s science fiction-level crazy, as he implies that in a way, he cannot die.

So, is it truly Daniel Craig’s last time around?

Yes, absolutely. That seems as obvious as ever if you watch video of his wrap party address to fellow cast members and production crew. This is a warm farewell as much as anything.

Production crew along with producer #BarbaraBroccoli and #DanielCraig had a wrap party last night in #Matera. Done filming in #Italy?, we're not sure. Look at the videos with Daniel's speech & the cool cake pic.twitter.com/wmVnHcCOv8

What else do we know about No Time to Die?

When will it be in theaters?

Bond fans will have answers to all their remaining questions and more when No Time To Die is in theaters on April 3, 2020.