This time, they didn’t fu it up. 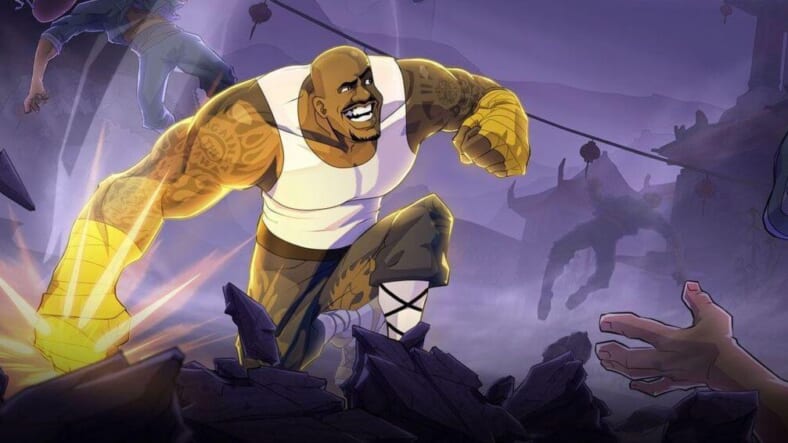 We never thought we’d see a reimagining of the 1994 Shaq Fu on SNES, but sometimes magical things happen thanks to crowdfunding. For the first time this millennium, Shaq has returned to consoles.

If you look at the sheer amount of games that got releases for the SNES, there’s no surprise that Shaq had his own game. The man was a phenomenon in the NBA and soon a household name, and there wasn’t an aspect of pop culture that Shaq didn’t invade. Unfortunately, more like his rap album than his role in Blue Chips, Shaq’s video game was not very good. That didn’t stop gamers from seeing the potential in it though, and when an Indiegogo campaign started for remaking Shaq Fu, the game was quickly on its way to becoming a reality.

Shaq Fu: A Legend Reborn is that game, and it gets so much right that the original got wrong. The side-scrolling fighting game, a la Double Dragon, puts Shaq in the spotlight once again. Slick looking cut-scenes explain the origins of Shaq as a kung fu master, as well as his purpose to save the world. The fluid combat system pays off purposeful play but is still easy enough for button mashers to make it through levels. Gameplay also looks great and borrows some of the fun quirks of arcade side-scrollers for added flair.

The game dips into some oddly racial moments that we suppose come with the territory when positing that one of the world’s most recognizable black men was raised in a small Chinese village — Shaq gets called “burnt rice” by the first boss battle — but it’s all without any maliciousness and mostly self-deprecating for Shaq, who’s leaned into it in his post-NBA career.

That self-deprecation comes through over and over in the game’s dialog that is funny and self-aware throughout. As Shaq’s own story wasn’t enough, Shaq Fu: A Legend Reborn also intends on taking its hijinks even further, as enterprising sleuths have found achievements that confirm a playable Barack Obama character in the game with trophies for earning “Commando-in-Chief.” Another trophy for “Death of Pablo” appears to pit the ex-prez against a Kanye knockoff named Con-Ye.

With Ye’s loudmouth antics making a resurgence lately, we imagine lots of people will be eager to suit up to Barack n’ Rolla’ the in-game rapper. (Buy)