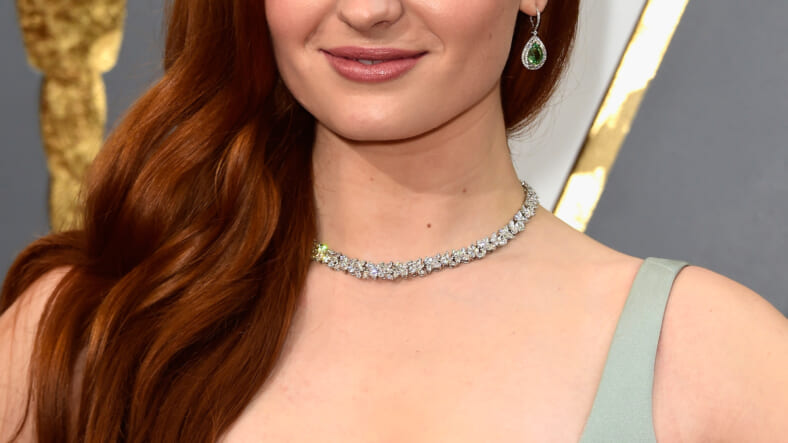 The fifth season of Game of Thrones was a death free-for-all, making it clear that showrunners weren’t planning on following the blueprint set in George R.R. Martin’s books as closely as we expected. So while we said goodbye to beloved characters who didn’t meet the same grisly fate in the books, we also became more desperate to find what curveballs HBO might throw our way in the sixth season.Sophie Turner, better known as Sansa Stark, dropped a bit of a spoiler on the Oscars red carpet last night when she told Giuliana Rancic, “I’m like flicking through [the scripts] and I’m like death, death, death, death, I’m good for this season!”

So either Sansa safely makes it through this season…or Turner knows how hungry we are for spoilers and is just screwing with us. Either way, we’ll find out when Season 6 premieres on HBO on April 24th.