Here’s Your First Look at the Super Freaky Trailer For ‘The Hollywood Puppet Sh!tshow’

If you ever wanted to watch celebrity puppets party at strip clubs and shoot machine guns, this video is for you… 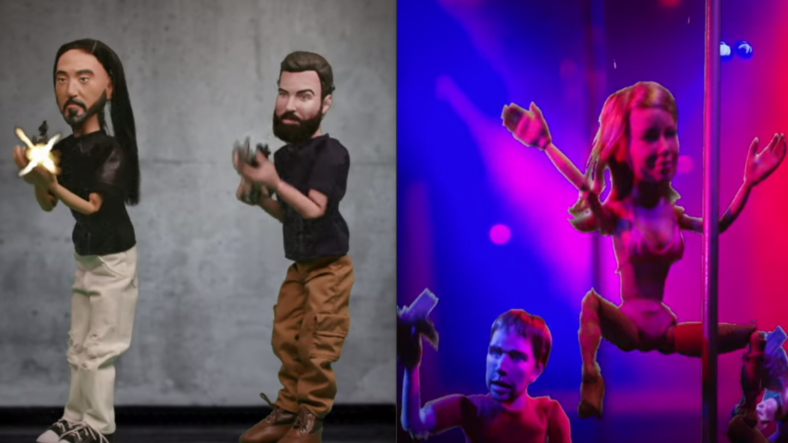 Maxim has the first look at the trailer for a new Fuse series called The Hollywood Puppet Sh!tshow, and it’s truly something to behold.

Host Wilmer Valderrama pulls the strings behind marionette replicas of celebrities including Amber Rose, Lil Jon, Steve Aoki and Joe Jonas as they rehash debauched-but-true stories for your entertainment.

The concept of she show is kind of like the Comedy Central stand-up series This Is Not Happening meets Team America: World Police. And truth be told, watching puppet reenactments of Lil Jon getting a lap dance and EDM star Steve Aoki shooting M16s with Instagram provacateur Dan Bilzerian does seem strangely amusing.

Besides our exclusive first look at the official trailer, Valderrama also dropped this promotional video, though we’re told none of this footage actually appears on the show.