Martin Scorsese’s ‘The Irishman’ Finally Has A Netflix Release Date

We now know when to catch Al Pacino, Robert De Niro and Joe Pesci in the highly-anticipated mob movie. 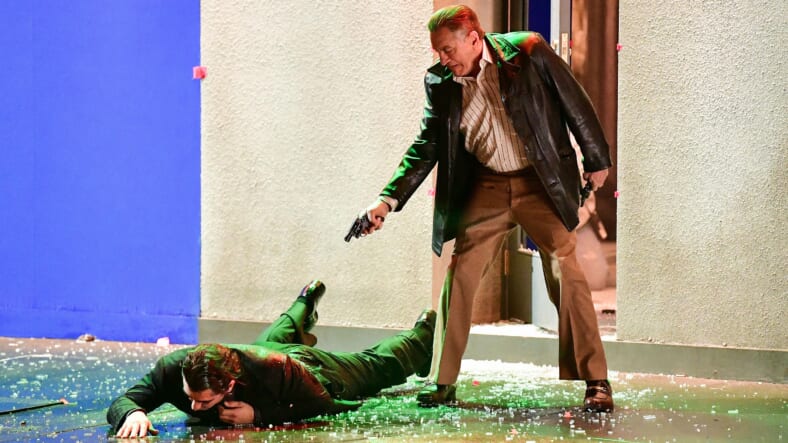 The big news comes via Sebastian Maniscalco, who plays legendary crime boss “Crazy” Joe Gallo in the buzzed-about movie. While describing what it’s like to work with Hollywood greats on The Joe Rogan Experience podcast, the comedian-turned-actor revealed that The Irishman is set to premiere on Netflix in October 2019.

“I didn’t sleep for the first week leading up to the (first) scene, because I knew it would be with De Niro and Pesci,” Maniscalco said.

“When I went in there, I told myself that I’m not speaking to nobody. I’m gonna speak when I’m spoken to. There was a part when they were lighting De Niro and I, we’re standing face to face, and I’m looking straight at him.

“I wasn’t gonna say nothing. And then he comes in on my tie and tightens it a little bit. He straightened out my tie!”

Irishman is based on I Heard You Paint Houses, a true crime book about the exploits of mob hitman Frank “The Irishman” Sheeran, played by De Niro. The $175 million Netflix flick also stars Ray Romano, Harvey Keitel, Anna Paquin and Bobby Cannavale.

If the all-star cast and Scorsese’s incredible body of work are any indicators, The Irishman should be an instant classic.