Plus: Watch Charlize Theron train for hand-to-hand combat in a behind-the-scenes video from the Netflix action flick. 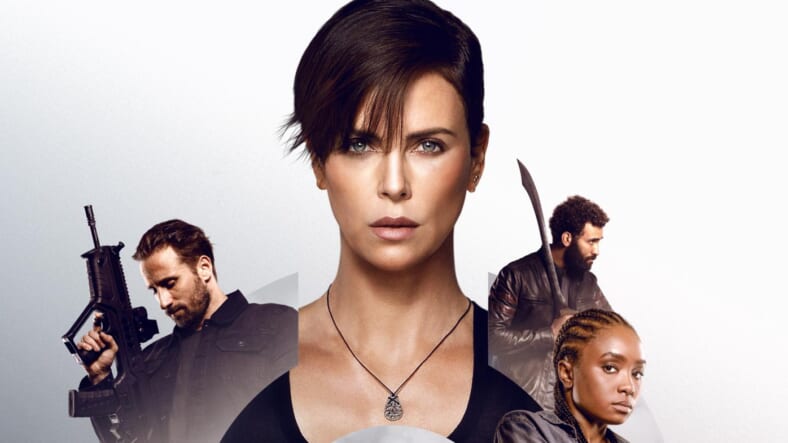 The Old Guard continues to top Netflix’s most-watched lists, and the director of the graphic novel-inspired Charlize Theron action hit is giving credit to a pair of Marvel blockbusters for helping fuel her filmmaking vision.

Uproxx points out that director Gina Prince-Bythewood gave kudos in a recent interview to two Marvel movies for paving the way for The Old Guard‘s complex storyline, adding:

Unlike most comic book movies, The Old Guard is not only directed by a Black female director, but it features a Black woman in a lead role with Kiki Layne‘s Nile. The Netflix Original also features a fully represented gay relationship between two of the main immortal warriors: Marwan Kenzari’s Joe and Luca Marinelli’s Nicky.

But according to Prince-Bythewood, none of that would’ve been possible without Black Panther.

“Black Panther changed the culture, one hundred percent,” Prince-Bythewood told Collider. The director also gave props to Marvel’s gritty Wolverine movie Logan for proving that comic book blockbusters can be a bit more complex, a dynamic she brought to The Old Guard.

I love how they’ve gotten more complicated, over the last couple years, like Logan and Black Panther, where you have all of the conceit of a big spectacle, and yet I cried in both of those. They went there with those characters. And I love that new directors have been given this opportunity to bring their aesthetics to the genre.

I felt like it need that jolt. It was missing that jolt. It’s an exciting thing to see, as an audience member, but then there’s that thing of, I wanna be in the big sandbox. I wanna play and create heroes that the world can be inspired by, that we don’t often get to see, like Nile and like Joe and Nicky. It was exciting to me, and I didn’t want it to continue to just be a dream. I wanted to actively go after it and have the opportunity.

She adds that since the original graphic novel series was a trilogy, a The Old Guard sequel could also be in the works, though nothing is official yet.

Meanwhile, for fans who just can’t wait for a follow-up, check out these behind-the-scenes featurettes from Netflix. “From Comics to Screen” traces the movie’s evolution from violent graphic novel to breakout Netflix hit: