“Because we are now best friends, I have a very special gift.” 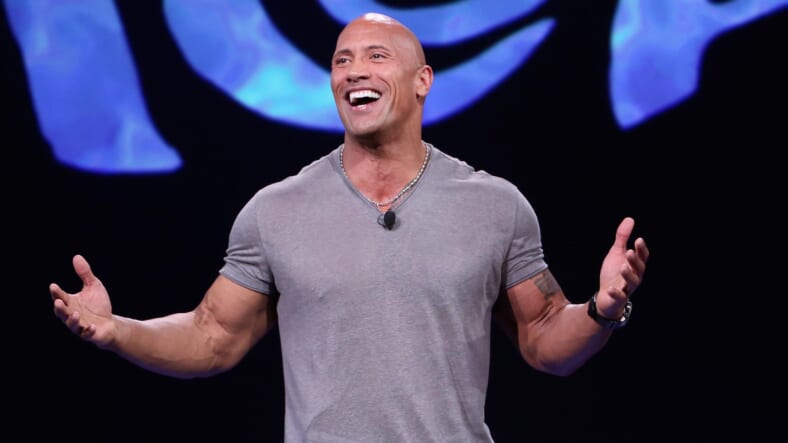 Dwayne Johnson is plenty busy starring in blockbuster movies,  working out, launching a tequila brand, and generally being awesome, but he still made time to give some love to a young fan.

Johnson broke the bad news first by explaining that prior obligations would prevent him from accompanying the 18 year old to the dance.

I absolutely love everything about this. Including this lovely young lady, Katie. Unfortunately, I’ll be shooting my next film on 5/5, but I have a personal video response I will tweet you later on today. Stay tuned Katie ❤️ https://t.co/I4xdy0EP70

What he delivered was more than just a “personal response,” however. In a message played over the school’s intercom system, he invited Kelzenberg and her friends to a private screening of Rampage at a 232-seat theater rented and paid for by The Rock—refreshments included.

“Because we are now best friends and I have so much love for you and because you’re so awesome, I have a very special gift,” he said.

“I have rented out a theater tomorrow. I want you to grab all your favorite friends and your closest family members and whoever you want to bring, because tomorrow at 4:45 I’m showing you a screening of my new movie, Rampage,” he continued. “All the popcorn and candy and soda you can drink—it’s all on me.”

The social media savvy actor also posted a message for his 100 million-plus Instagram followers in which he commended the young woman’s confidence.

“About a week ago, I come across a video on my Twitter feed, from a student at Stillwater Area High School (oldest high school in Minnesota) asking me if I would be her date to her prom” he captioned the video.

“Unfortunately, I’ll be shooting during that time in Hawaii, BUT I was so impressed by this young lady’s charm and confidence to even ask me (ladies always get shy in front of me) that I had to do something special.”

It’s official—The Rock can do no wrong.