One of These Actors Will Play Young Han Solo

Can any of them fill Harrison Ford’s shoes? 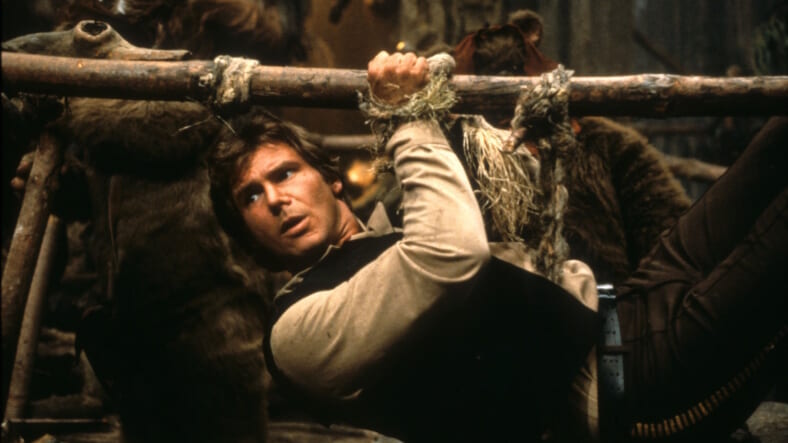 The search is narrowing for the actor who will play young Han Solo in the standalone movie about the rebel fighter. According to the Hollywood Reporter, directors Phil Lord and Chris Miller have zeroed in on three actors after a number tested for the role.

They are: Jack Reynor (Transformers: Age of Extinction); Taron Egerton (Kingman, Eddie and the Eagle), and Alden Ehrenreich, who got Hollywood’s attention with his recent supporting role in Hail, Caesar!

None of these guys are household names, but nor have any of the breakout stars who first got their start in the Star Wars franchise, including Ford himself. More recently, John Boyega and Daisey Ridley were relative unknowns before Star Wars: The Force Awakens launched them to superstardom practically overnight. Only the Star Wars prequel series used known actors like Natalie Portman and Ewan MacGregor, and we all know how that turned out.

Anonymous sources told the Hollywood Reporter there could be more names on the shortlist that Disney has done a better job of keeping a secret. The Han Solo spinoff movie is scheduled for 2018.