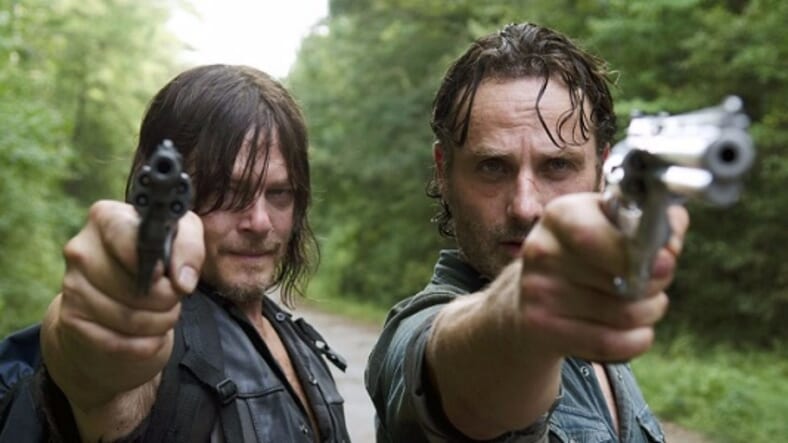 San Diego Comic-Con finally delivered something everyone really wants to see Friday (in addition to Halle Berry chugging whiskey) when The Walking Dead show panel dropped an extended trailer for Season 8. It’s no mere tease, either.

The trailer starts a little slow but it seems clear that’s purposeful. It begins with a chilling moment with Negan but moves into Rick’s coalition—Alexandria, the Kingdom, Hilltop—obviously gearing up to go to war against Negan and the Saviors.

Then shit gets crazy. There are explosions, the usual rampaging zombies and rampant zombie destruction and then the battle is on.

There are snatches of dialogue from Rick as well, giving what sounds like a pre-battle motivational speech, telling the coalition that their new “bigger world is ours by right. Those that take and use and kill, we end them!”

At the end of the trailer there’s a scene that may be startling to fans of the show unfamiliar with the comics. It features only the image of a cane and a heavily-bearded, graying Rick waking in bed, but one thing seems clear—we’re in for some kind of big change like a time jump.