MTV Is Bringing Back ‘TRL’, So Celebrate the Iconic Show’s Top 5 Wildest Moments

The network is also changing the name of their “Moon Man” VMA trophy to the gender-neutral “Moon Person.” 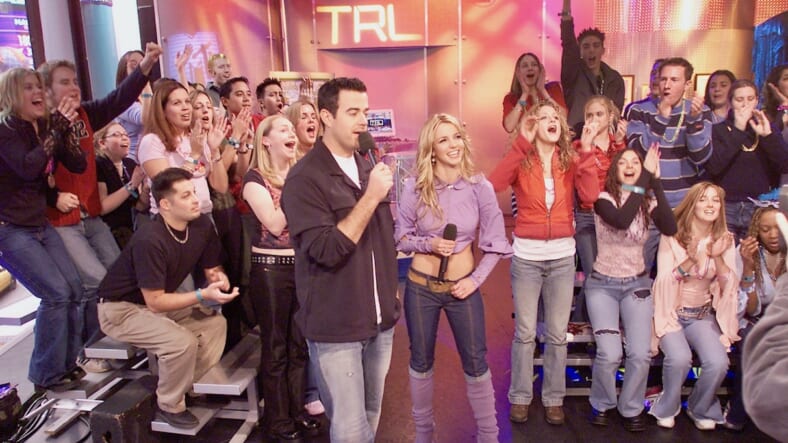 MTV, in a bid to recapture its ’00s glory, has decided to bring back one of its marquee programs—Total Request Live (or TRL, as the cool kids called it).

TRL, hosted by Carson Daily, aired from 1998 to 2008 and ran through the top 10 most requested music videos of the day. In an era before YouTube and social media had fully seized our youth’s attention span, TRL was the go-to resource for popular music.

A lot of episodes weren’t actually even aired “live,” but never mind that.

Just about every pop star made an appearance on the program at some point, which gave aughts teenagers some truly unforgettable moments, like…

5. When we were crazy in love with Beyoncé.

4. When Aaliyah brought on a goddamn snake.

2. When Christina Aguilera told us to rub her the right way.

1. When Britney Spears did it again.

“When you came into Times Square, you would say, ‘Let’s go to MTV,'” he said of the old studio, which became a popular New York City tourist attraction.

“If we’re going to come back and reinvent MTV, the studio is a given,” McCarthy added. “It is the centerpiece.”

The move to bring back TRL comes after MTV, which has been flailing for the past five years, has seen success luring in its key 18-34 age demographic by reviving old shows like Fear Factor and Wild ‘n Out.

A Jersey Shore revival is also in the pipeline, and a Laguna Beach knockoff called Siesta Key even premieres Monday.

Still, MTV is sure to tailor its new programming to Generation Z.

Case in point: the “Moon Man” trophy awarded to winners of the Video Music Awards (VMAs) will now be referred to as the gender-neutral and inclusive “Moon Person.”

We hope host Katy Perry won’t slip up and accidentally say “Moon Man” or else face the misplaced wrath of a post-gender Twitter.