Turns out Oreos are an ideal food for endurance racing. 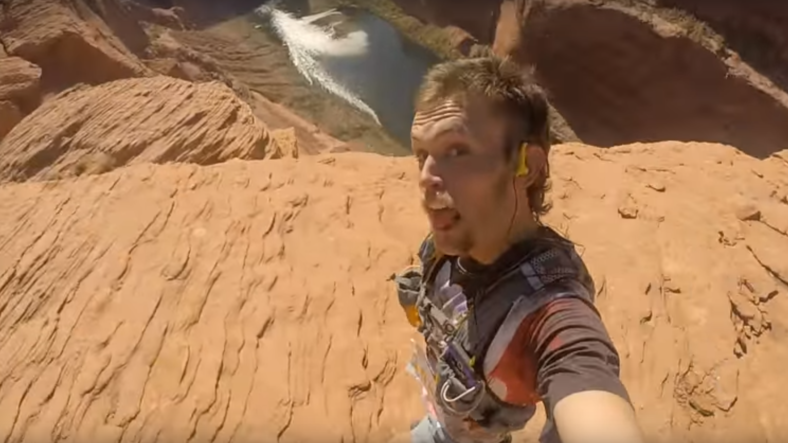 Completing a 50-mile ultramarathon is no small accomplishment. It takes training for months to prepare the body to take the punishment of running for hours on end. Unless you’re Jesse Weber.

A graduate student at Northern Arizona University studying environmental science and policy, Weber spends most of his time trapped in a windowless office banging away at a keyboard. But as an avid lover of outdoor recreation, Weber often finds himself longing for escape.

In fact, he loves the outdoors so much that he decided to sign up for the Antelope Canyon Ultramarathon practically on a whim–without any serious preparation whatsoever. What’s truly insane is that he not only completed the race, he did it while drinking Pabst Blue Ribbon, snarfing down junk food, and cracking jokes. And he filmed the entire thing on a GoPro, naturally.

Impressed by Weber’s unique combination of athleticism, determination, and a carefree demeanor, we decided to ask him how he did it. He’s not a fitness “expert,” but he did run the damn race. Here are his 5 Tips for Running an ultramarathon in Style.