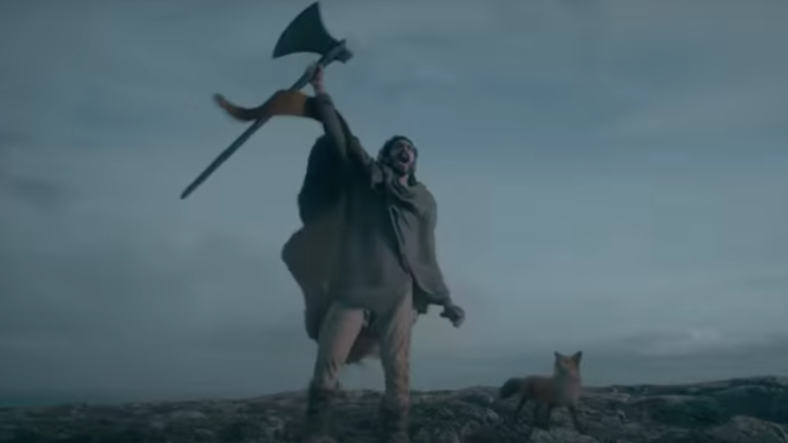 This new trailer from A24 for The Green Knight evokes — probably unintentionally — a very different movie: The Ring.

It’s all in the early scenes, which sketch an encounter between an axe-wielding Dev Patel, who plays Sir Gawain, and the monstrous-looking title character. The Knight enters Camelot and issues a challenge, and Gawain obliges, appearing to behead the strange figure.

Then the head whispers, “One. Year. Hence.” It’s a weirdly familiar moment to horror fans, thanks to the scene above from The Ring, in which Naomi Watts‘s character, who has just watched an enigmatic and terrifying video, gets a phone call with a voice saying, “Seven days.”

Of course, that could be the only real similarity, given Green Knight is about Gawain and King Arthur’s court, and Ring was a 2002 American rewrite of a great Japanese horror movie from the 1990s, Ringu. Either way, filmmakers are clear on this: mysterious raspy voices intoning periods of time are creepy as hell.

As is the rest of the trailer, which features eerie outdoor settings and mythical creatures as well. Here’s the A24 synopsis for the movie:

An epic fantasy adventure based on the timeless Arthurian legend, THE GREEN KNIGHT tells the story of Sir Gawain (Dev Patel), King Arthur’s reckless and headstrong nephew, who embarks on a daring quest to confront the eponymous Green Knight, a gigantic emerald-skinned stranger and tester of men. Gawain contends with ghosts, giants, thieves, and schemers in what becomes a deeper journey to define his character and prove his worth in the eyes of his family and kingdom by facing the ultimate challenger. From visionary filmmaker David Lowery comes a fresh and bold spin on a classic tale from the knights of the round table.