Go behind the scenes of one of the best movies of the year. 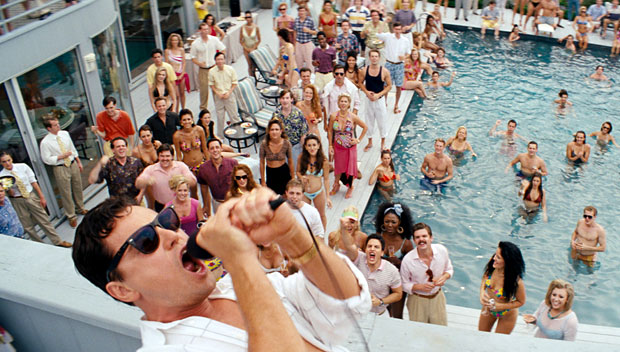 Martin Scorsese’s latest picture, The Wolf of Wall Street, is out on DVD and Blu-ray combo pack today, so if you missed it in theaters, now’s your chance to find out what all the fuss was about. But, for starters, the fuss was about Margot Robbie – quite possibly the sexiest new actress in Hollywood. It was also about Leonardo DiCaprio‘s Oscar-nominated performance as drug-addled Wall Street thief Jordan Belfort. And let’s not forget about Jonah Hill’s (likewise Oscar-nominated) turn as a fatty with bad veneers and a worse coke problem. In short, The Wolf of Wall Street is everything you could want from a movie.
In honor of the DVD release, here’s an exclusive clip from the special features, in which DiCaprio, Rob Reiner, and others talk about shooting the film, working with Marty, and more.