“You said the ‘Age of Heroes’ would never come again.” 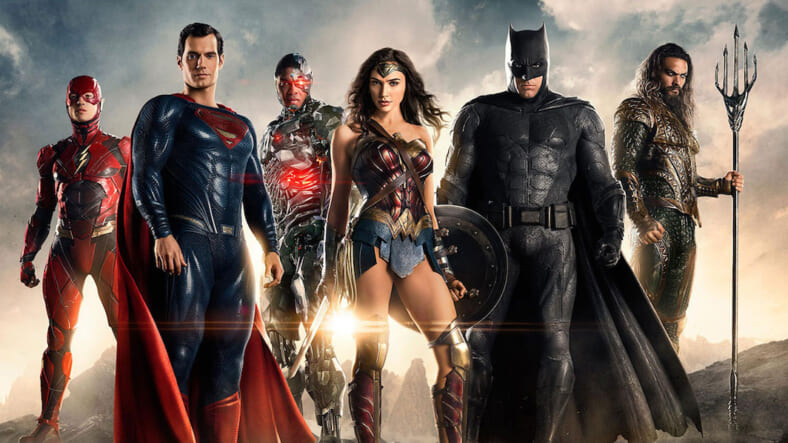 Zack Snyder’s Justice League is almost here. At least for anyone who didn’t get to see it when someone goofed at HBO Max and made it so subscribers could, for a time, watch the Snyder Cut instead of the movie they thought they were getting, Tom & Jerry.

The last full-length trailer for Snyder’s recut of the movie he originally had to cede to Joss Whedon in 2017 is above and it reveals that a new Age of Heroes is dawning, even if—as Gal Gadot’s Wonder Woman says in the trailer—many believed “the ‘Age of Heroes’ would never come again.”

It’s already obvious visually that Snyder made some concrete improvements—the CGI for villains Darkseid and Steppenwolf seems much improved, and he even managed to add Jared Leto’s particularly slimy take on the Joker into the mix. The basic plot hasn’t been changed, at least not much. Here’s a synopsis:

In Zack Snyder’s Justice League, determined to ensure Superman’s (Henry Cavill) ultimate sacrifice was not in vain, Bruce Wayne (Ben Affleck) aligns forces with Diana Prince (Gal Gadot) with plans to recruit a team of metahumans to protect the world from an approaching threat of catastrophic proportions. The task proves more difficult than Bruce imagined, as each of the recruits must face the demons of their own pasts to transcend that which has held them back, allowing them to come together, finally forming an unprecedented league of heroes.

Now united, Batman (Affleck), Wonder Woman (Gadot), Aquaman (Jason Momoa), Cyborg (Ray Fisher), and The Flash (Ezra Miller) may be too late to save the planet from Steppenwolf, DeSaad, and Darkseid and their dreadful intentions.

It’s going to be a wild ride no matter what.