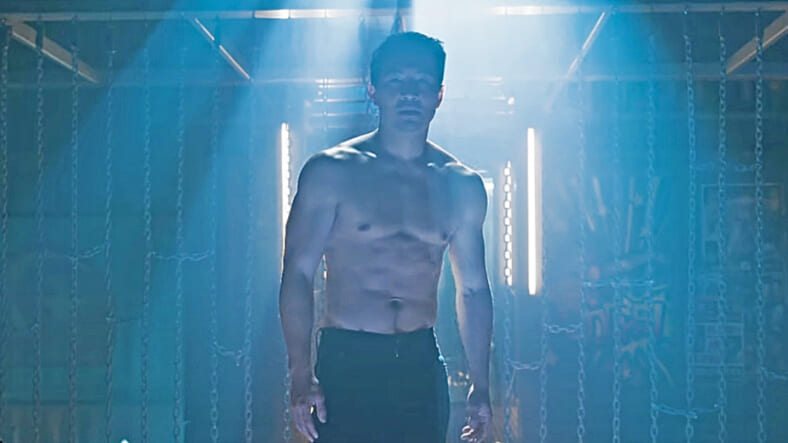 Marvel is heading back to theaters exclusively with Shang-Chi and the Legend of the Ten Rings, a movie coming out in the fall that introduces moviegoers to Shang-Chi (Simu Liu), a character called the master of martial arts in Marvel comics.

In this rapid-fire trailer, two things are clear: He is definitely a master and he went through a lot to get there.

A detailed synopsis of the movie’s plot isn’t yet available, but it obviously presents a superhero who at the beginning of the story is perhaps torn between two worlds — a normal life with friends — including Awkwafina — in San Francisco and a life he apparently left behind in which his training in martial arts sometimes was cruel and abusive in the name of toughening him up.

Whoever said that you could only RECEIVE presents on your birthday? Today, I’m giving you your VERY FIRST LOOK at the teaser poster for @ShangChi and the Legend of the Ten Rings!!

According to The Verge, Legend of the Ten Rings also brings Marvel movie audiences “the mysterious Ten Rings organization and its true leader, the Mandarin. The Ten Rings have been a figure lurking in the background for the entirety of the MCU, first introduced in 2008’s Iron Man (and notably spoofed by a copy-cat group in Iron Man 3), but Shang-Chi promises to reveal the actual group for the first time.”

Production of Shang-Chi and the Legend of the Ten Rings was delayed by the coronavirus pandemic but unlike some other blockbusters, it won’t premiere simultaneously on Disney Plus — Marvel is determined to open only in theaters.