The stunning rapper heats up a basketball-themed set while sampling a Too Short classic. 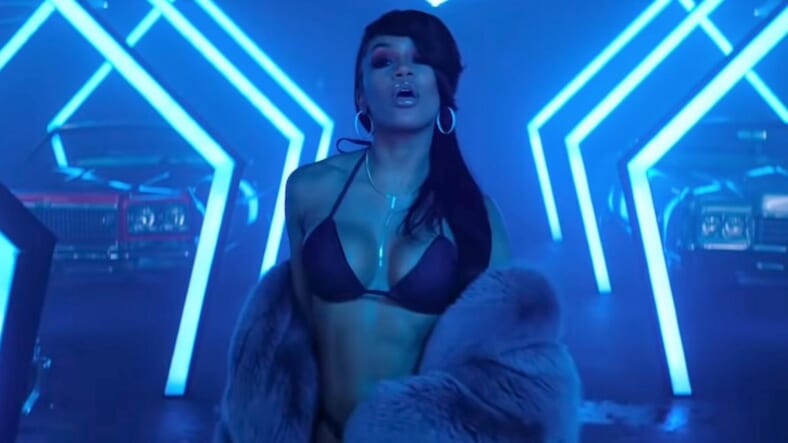 Saweetie scores a slam dunk in the hoops-inspired video for her new single, “Tap In.” The California rapper drops rhymes and performs high-energy choreography with the help of a diamond-encrusted basketball. Watch the video here:

The infectious track, which samples Bay Area rap legend Too Short’s classic “Blow The Whistle,” is featured on Saweetie’s forthcoming third studio album Pretty B*tch Music. The record’s lyrical themes aim to encourage women to shape their own definition of “Pretty.” In fact, the “bitch” in the title stands for a decidedly badass acronym: boss, independent, tough, CEO, and hyphy.

In a recent interview with Apple Music’s Zane Lowe about her latest banger, Saweetie noted that Too Short gave his blessing for her to use the sample. “I was like, ‘What if he doesn’t like it?’ But then he liked it, so I’m just excited,” she said. “I’m so happy that he loves it. I’m so excited for this record. I’ve been gone for a year, but I really had to focus on my artist development because that was something that I was struggling with.”

Saweetie is further burnishing her growing personal brand by teaming with women’s fashion giant PrettyLittleThing to create her second “At Home With” collection of casual loungewear, with all proceeds being donated to Black Lives Matter causes.

Watch Saweetie’s red-hot “Tap In” video above, and buy or stream the track here.