“I thought, you know, without them I don’t have any of this.” 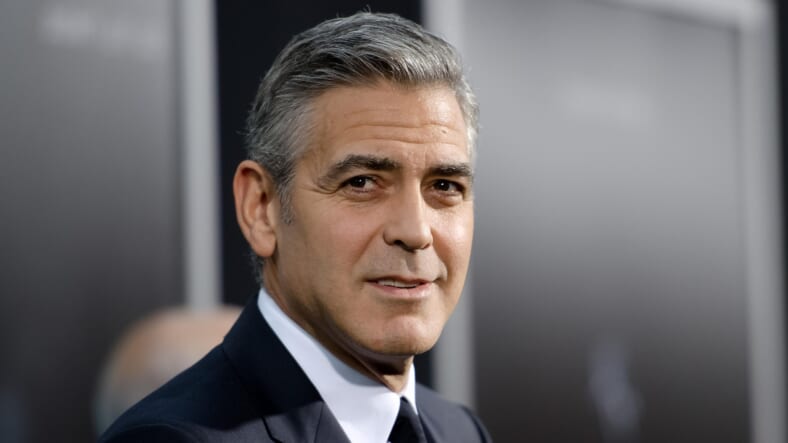 George Clooney’s haters won’t like this, but it turns out the guy isn’t just a wildly successful movie star and Casamigos tequila entrepreneur, he’s also a really good bro. Seriously, it’s hard to find another takeaway from a recent interview he gave GQ in which he disclosed why he gave 14 friends $1 million each in 2013.

Clooney gave the interview for the magazine’s “Men of the Year” issue.

His friend Rande Gerber had disclosed the amazing gift in an MSNBC interview. Gerber is the pal with whom the actor and another friend established then sold Casamigos for $1 billion in 2017.

GQ asked Clooney about his reasoning behind the extravagant gift. He indicated that at the time he was single and getting older and had no expectations he’d eventually get married and have a family. So, Clooney said, “I thought, what I do have are these guys who’ve all, over a period of 35 years, helped me in one way or another.”

I’ve slept on their couches when I was broke. They loaned me money when I was broke. They helped me when I needed help over the years. And I’ve helped them over the years. We’re all good friends. And I thought, you know, without them I don’t have any of this. And we’re all really close, and I just thought basically if I get hit by a bus, they’re all in the will. So why the fuck am I waiting to get hit by a bus?

Regarding how he presented the gifts—in cash, inside luxe Tumi briefcases—Clooney told GQ he managed to find a location where pallets of cash are stored in LA. He rented an old florist’s van and picked up the money on the sly.

Then the actor invited his friends over and “I just held up a map and I just pointed to all the places I got to go in the world and all the things I’ve gotten to see because of them. And I said, ‘How do you repay people like that?’ And I said, ‘Oh, well: How about a million bucks?’ And the fun part about it was: That was the 27th, the 28th of September. A year later, on the 27th of September, just by happenstance, was the day I got married.”

Clooney also said he’s been asked by other rich folks why he’d even do such a thing and his response somehow felt totally on-brand: “‘Why wouldn’t you do that, you schmuck?”