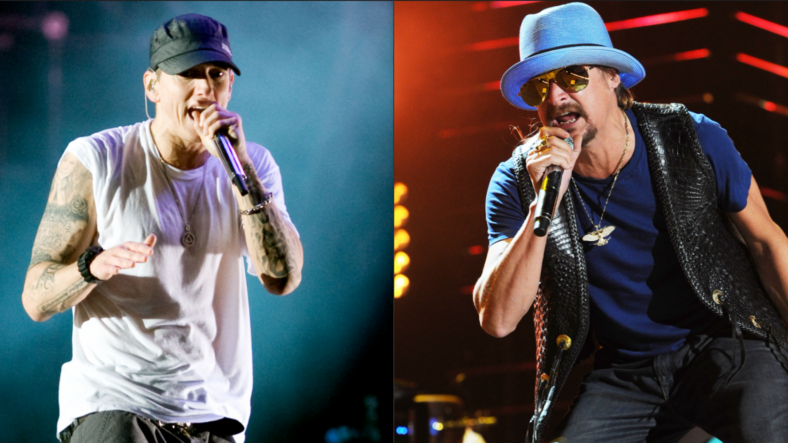 Eminem let his fans know how he feels about America’s current political climate with a fiery 4.5-minute freestyle that dropped Tuesday night. Now, they want him to run for office.

More specifically, they want him to run against Kid Rock for a U.S. Senate seat in Michigan.

And since they’re both Detroit rappers with zero experience in politics, it only makes sense that they duke it out 8 Mile-style with an epic rap battle for the ages.

RT if you think @Eminem should run against @KidRock for Senate.

This would be the election of all elections.

The “Batwitdaba” singer would likely get demolished by the self-proclaimed “Rap God” in a freestyle battle, but both have their supporters.

Politically, if its Eminem vs Kid Rock, im w Eminem based on his mix tape I had in my Mercury Tracer.

Trump supporters, if #Eminem is a failing artist seeking attention. Can you tell me who Kid Rock is? I'll wait… pic.twitter.com/0CgfSo2eXu

I really want Eminem to punch Kid Rock in the face. I realize that is immature and wrong but I also don't care 🤷‍♀️ https://t.co/DEUAZ75UH2

Kid rock is running for a Senate seat in Michigan and he's leading in the polls.
M&M is a washed up rapper

Are you #TeamRock or #TeamEm?