These 7 Classic Cocktails Were Invented at Hotels

Every iconic drink has a story behind it. 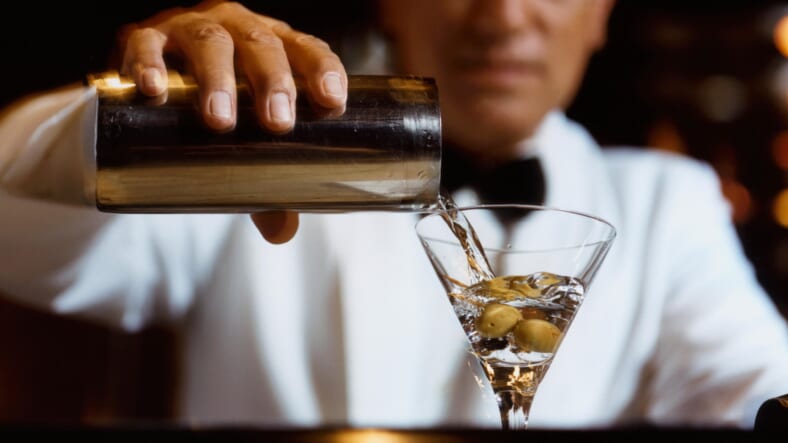 Whether you’re looking for the perfect place to enjoy a cocktail before kicking off the evening, or simply in search of a much-needed nightcap, there’s no better option than the time-honored hotel bar. Often opulent and over-the-top, these old-fashioned watering holes possess an undeniable charm. Plus, you better believe that the bartenders are brimming with humorous anecdotes and salacious stories from yesteryear.

However, what may come as a surprise is that some of your favorite concoctions aren’t just served at these iconic hotel bars across the world, but were supposedly invented there. While cocktail origin stories can get muddled faster than the mint and sugar in a mojito, here are the alleged hotel bars that first fashioned some of the world’s most classic tipples.

Martini at The Knickerbocker, NYC

The martini is one of the greatest cocktails ever created, so naturally it hails from one of the greatest cities on earth. The Knickerbocker is a legendary New York City landmark overlooking Times Square that claims to have created the first dry martini at its fourth-floor lounge back in 1912.

According to lore, John D. Rockefeller was a frequent guest of the hotel. One day, he requested a brand new cocktail from the bar manager, who whipped up the very first dry martini on the spot.

Could you even imagine brunch without an effervescent mimosa to wash back your eggs Benedict? Luckily, you’ll never have to, thanks to the Hôtel Ritz Paris.

As the story goes, bartender Frank first conceived the OJ-and-Champagne combination circa 1925 to add a boozy kick to regular old orange juice and kick breakfast up a notch. Today, thirsty travelers can still enjoy the bubbly morning mixture at the hotel’s Art Deco-inspired Ritz Bar and sip a little bit of history.

Speaking of brunch, the Bloody Mary is another beloved hair-of-the-dog cocktail that most people believe was invented at a hotel bar—specifically at the St. Regis.

Fernand Petiot moved from Paris to New York in 1934 and began bartending at the property’s King Cole Bar, where he purportedly served the first vodka and tomato concentrate concoction (although they originally called it the “Red Snapper” to avoid offending any of the hotel’s swanky clientele).

Sazerac at The Roosevelt – New Orleans

New Orleans has a reputation for being the life of the party, and the city’s vibrant bartending scene has always been an integral part of their identity.

Today, the Sazerac is one of their most celebrated signatures, with the original iteration tracing back to the 1840s, when Antoine Amedie Peychaud first mixed bitters with French brandy. The Sazerac Bar eventually opened at The Roosevelt hotel in 1949 where the recipe was perfected and it became a crowd favorite.

Originally opened in 1887, the Raffles Hotel in Singapore is currently closed for restorations, and is expected to reopen its illustrious doors in mid-2019. Still, the hotel is remembered for creating the Singapore Sling (the country’s national drink).

Barman Ngiam Tong Boon created the fruity tipple around 1915 at the hotel’s Long Bar. Made with ingredients like gin, orange and lime juices, grenadine, and Cointreau, the boozy punch was a smash hit and soon took off around the world.

While New York’s renowned Waldorf Astoria is also currently closed for a complete renovation, the iconic hotel once welcomed the world’s most prominent stars, like Elizabeth Taylor, Frank Sinatra, and Marilyn Monroe.

The hotel created the Scotch-based Rob Roy cocktail back in 1894 to commemorate the opening night of an operetta of the same name (which featured a Scottish character named Rob Roy MacGregor).

There’s no denying that the Negroni is certainly having a moment as of late. But although it only recently gained mainstream momentum here in the United States, the classic cocktail was first dreamed up in the early 1900s.

As legend has it, an Italian count named Negroni asked a bartender to add a splash of gin to his Campari and sweet vermouth mixture—and, as the saying goes, the rest is history.