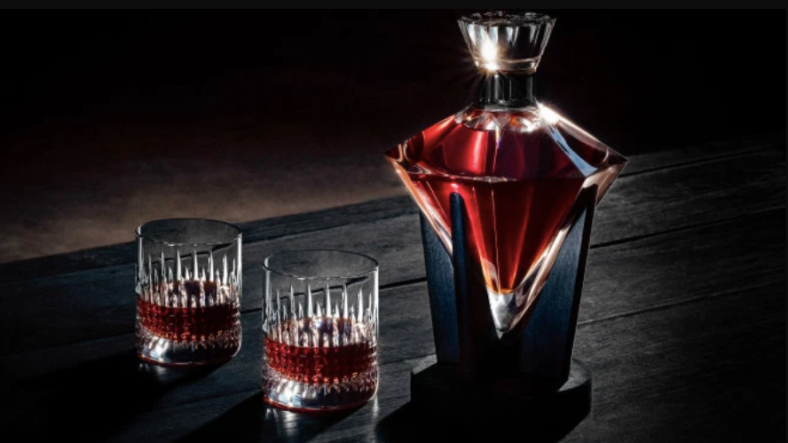 Don’t run out and look for it just yet—the first 50 decanters go to Jay’s loved ones.

Anniversaire was first crafted exclusively from 100-percent Grande Champagne grapes then put to bed to age for half a century in the noted Château de Cognac cellars in France.

The back story for the first non-blend (single barrel) offering ever from D’Ussé is pretty interesting. Robb Report notes that Jay-Z played a part in the brandy‘s discovery:

The single barrel was discovered by Jay-Z and cellar master Michel Casavecchia and proved to be so spectacular in taste and texture that they decided to save it for the big 50th birthday.

Robb Report quoted Casavecchia’s mouth-watering description of the vintage. He says Anniversaire’s “aromas have now developed into characteristics unique to this exceptional batch” which is colored “bright gold with shiny reflections.”

“The nose brings rich aromas of fresh walnut, hazelnut and candied apple,” Casavecchia reportedly said, “Upon first sip, it reveals a distinct potency with powerful, woody notes and a long stewed fruit finish, with a touch of leather and cigar box.”

There’s a bit of a catch if the cellar master’s tasting notes have you ready to put this on the old Amex gold: due to Anniversaire’s long-term rest at Château de Cognac, there was substantial evaporation, leaving just enough cognac to fill somewhere between 150 to 200  gorgeous crystal decanters.

After Hov’s family receives their shares the remaining stock will go on sale in big markets—New York, L.A.—for the holidays.