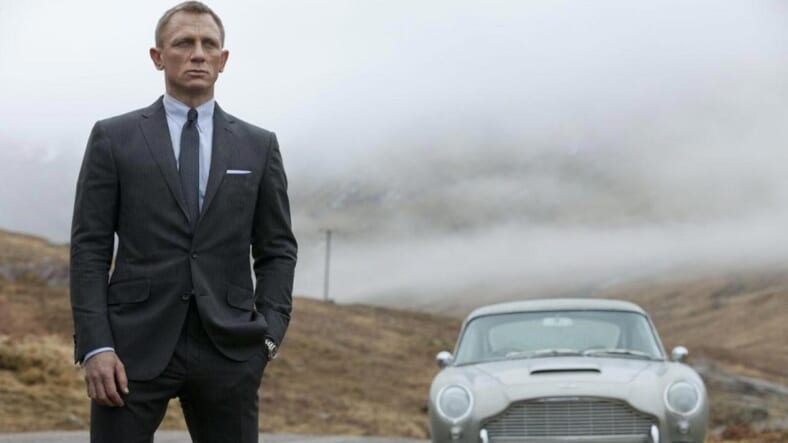 The Kingsman and James Bond film franchises are as much proof as any that standout style and tailoring can pair well with high-flying action. Now, you can bring the franchises home in a different way — to your bar cart.

The GlenDronach Kingsman Edition 1989 is the second release in the ongoing partnership between the dapper spy franchise and the finely crafted Scotch whisky.

Timed to commemorate the forthcoming release of The King’s Man and available starting on September 1st, it’s a one-of-a-kind whisky with a price tag to match (about $1,299 to be exact).

The connection runs even deeper. The new whisky is in fact inspired by the oldest bottle of whisky produced by The GlenDronach, a 1913, 29-year-old edition bottled prior to World War I, while The King’s Man is set during the war and explores the origins of the (very stylish) intelligence organization.

The 1913 bottle is housed at the distillery to commemorate three friends, each of whom purchased a bottle to drink upon their return home from the Great War — only one returned, and his bottle is the one held at The GlenDronach. That’s worth raising a glass, if you ask us.

The limited-edition release commemorates the forthcoming debut of the long-awaited James Bond film No Time To Die. Consider us intrigued (and thirsty). The $35 bottle is a rum worth waiting for, but you can — and should –covet The GlenDronach in the meantime.

And the whisky you’re getting in return for your investment? Some of the finest whisky around, made in collaboration between Kingsman franchise director Matthew Vaughn and The GlenDronach Master Blender Dr. Rachel Berrie. They worked together to select six rare casks for blending, resulting in a 29-year-old single malt expression with tasting notes including autumn fruits, dates, fig, treacle and black winter truffle, among others.

Each of the limited-edition 3,052 bottles feature the bespoke “Kingsman” insignia, to go along with individual numbering and wax sealing. The finishing touch? Both Dr. Rachel Barrie and Matthew Vaughn have signed the gift box bearing this limited edition whisky.