How Combining Coffee, Exercise, And Weed Can Put You In a ‘Flow State’

A psychologist reveals exactly how this mind-expanding combo can augment creativity. 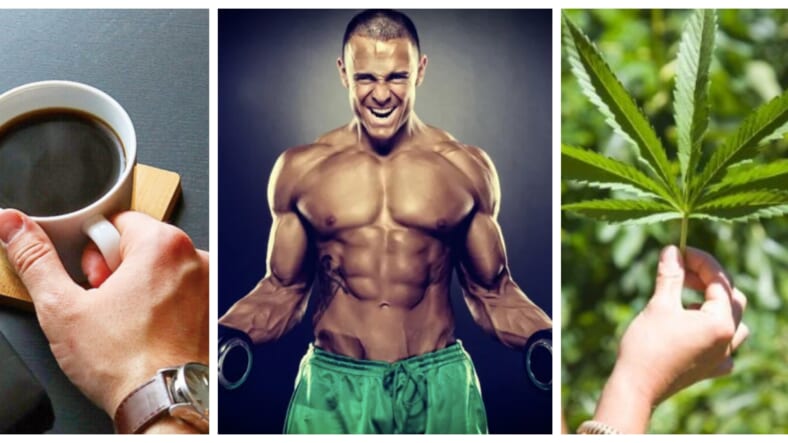 Ever heard of the “Flow State?” A psychologist named Mihaly Csikszentmihalyi discovered in the 1970s that under the right circumstances, humans can achieve a state of focus that feels almost magical: Work on a project, an athletic endeavor, a performance flows out with little to no effort.

Since Csikszentmihalyi (pronounced, no joke, like “Chicks-send-me-high”) published his book Flow: The Psychology of Optimal Experience in 1990, people have been searching for ways to induce the state, which researcher Jeanne Nakamura has described as “the balance between the level of skill and the size of the challenge at hand.”

In a wide-ranging exploration of this idea for Mashable, writer Chris Taylor recounted a TED-style talk Kotler gave describing his discovery of this striking confluence of stimulus and production. He told of a reporting trip that had him atop a mountain early in the morning in sub-zero temps with a group of champion extreme skiers. He was shocked to see they were getting high:

“It was like a 5, 10 minute circle; they were stoned,” Kotler told me in the Saloon when I pressed him for details. “At the time, I was like ‘what the fuck are they doing? Like, get stoned last night at the bar, OK, but you’re about to do a double backflip off an 80-foot cliff over rocks.'” This led to Kotler uncovering the popularity of, uh, pre-gaming at the highest levels of pro sports. “Action sport athletes for years have been combining exercise, coffee, and cannabis into a ‘hippie speedball,’ and they’ve been using it as a performance-enhancing chemical,” Kotler said. Which “led me to a ‘what the fuck is going on’ question that took about 20 years to answer.” Answer: Performance enhancement, combined with exercise, was chemically indistinguishable from the state of flow.

Taylor follows this passage up by noting that while studying Flow, Csikszentmihalyi used MRI scans to find that this state is made up of the brain chemicals “dopamine, anandamide, serotonin, and endorphins.”

That “hippie speedball” of cannabis, coffee, and exercise promotes the production of the exact same combination of chemicals.

Taylor writes that Kotler even lays out a specific approach to using these things to produce unimpeded perfect production.

First, exercise at least 20 minutes, ideally more, to prime the endorphin pump. You have to work, according to Kotler, “until it gets quiet upstairs.” He means tax your system enough to essentially go a little blank.

Then, Kotler says, “if you add in caffeine and then a Sativa, you’re as close as we can get to a pharmacological version of flow.”

Kotler goes on to say he has “written nine bestsellers stoned,” but there’s an important caveat: moderation.

This means the cannabis part of the equation shouldn’t be overdone. Don’t get ridiculously stoned, though. The key is microdosing, or as Kotler says, just a “quarter hit.”

Read the full article at Mashable and check out the videos featuring Kotler above, in which he elaborates on how java, joints, and burpees might “augment” your creativity as much as “500 percent.”

Then see how it works for you—wherever it’s legal to do so.